Which one should we take?

Another amazing classic game gets an awesome statue by First 4 Figures. Say hello to their amazing rendition of Rare’s Banjo-Kazooie!

To be honest, I never played the Banjo games back in the day because we simply didn’t have them. Games back then were as expensive as they are now but didn’t go down in price as easily nor did I had an income then. We did however buy both Kazooie and Tooie about ten years ago or so? They were mint in box and with the strategy guides. It was a pretty sweet deal (as they came with a bunch of others minty boxed and with the guides).

Because we have quite a lot of games, we never got around to actually finish them but we did started the original back then. And we loved it! Definitely going to get the Rare Replay for the Xbox One soon…

But yeah, First 4 Figures announced a while ago that they got the Rare license and teased two statues. On of which was Banjo-Kazooie. And now we can finally order it and it looks glorious!

Standing at 51cm (20inch) high, Banjo-Kazooie are posed as if in flight which perfectly displays them both. I’m both sad and glad that they went with this pose. I kinda like it but on the other hand, I would have preferred them standing so they would have fit better with Spyro and Crash. But I do love what they did for the base. For the exclusive that is.

Both the regular and the exclusive have the same base shape namely a jigsaw. But instead of the painted, yellow, color of the regular, the exclusive comes with an electroplated gold shiny base. It’s so pretty… I never thought they would venture into electroplating again after the near fiasco of the Lucky Cat Mario but it seems they did. When I asked Alex a while ago what was the biggest issue with Lucky Cat was that it had too many curves and shapes. A more flat surface would be easier. And apparently, easy enough to warrant another try.

So now you know what the difference is between the regular and the exclusive… Oh, hold up! They have included something extra with the exclusive! A small metal, gold color, jigsaw and music note, just like in the game! They are so cute! These metal mini figures are sized around 7 cm so not terribly large but large enough to add a little pizazz to your display.

Rare, the licensor, was also feeling generous apparently as they offered a DLC code for Sea of Thieves with every purchase, being it exclusive or regular. This is the first time I’ve seen a licensor do this and, while I don’t play the game, I think that this is a really nice bonus. I also like the fact that the DLC they give is a homage to Banjo and Kazooie’s which was released on their 20th Anniversary; The Bird and Bear figurehead. It’s a wood-carved brown bear figurehead with a blue shield featuring a red bird on it. While subtle, it’s clear as day just who they’re supposed to resemble. I love it. 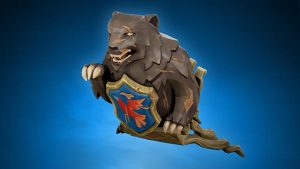 They started taking reservations today for this iconic duo but you better set your alarm for next Tuesday because then you can either validate your reservation or place an (already validated) order. If you do, you can get a Day One edition (not available for the regular) which includes:

Whoo! Extra points! We’ve already placed our order for an exclusive and will be validating next Tuesday for that Day One edition. Both editions set you back 429,99 and are expected to ship Q3 2019. There are also four payment plans available to space out your expenses*;
5, 8, 10 and 13 payments until it ships.
* The first payment is always the NRD and the last always includes shipping as well. Shipping is not split into the payment plans but added separately. 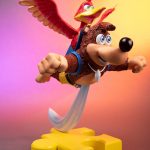 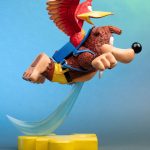 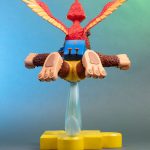 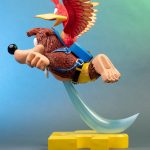 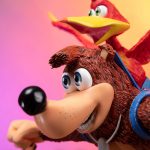 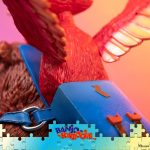 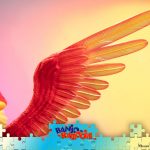 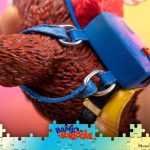 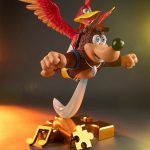 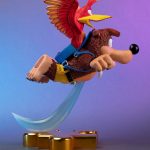 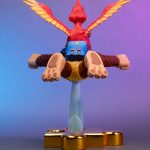 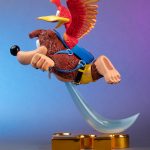 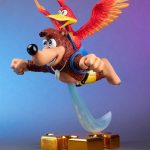 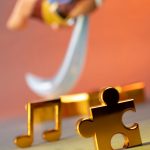 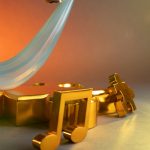 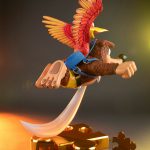