One of the most memorable, and fun, games from my childhood has to be Crash Bandicoot. I’ve played the first game on the Playstation a lot!

It was both a fun and frustrating game for a nine year old. And what better way then letting First 4 Figures portray this awesome character?

And they did well. Extremely well. I love the goofy way they posed him. Also the regular extra’s are pretty neat. For both editions, you’ll get two sets of interchangeable eyes; one normal and one crazy set and a removable tongue.

The exclusive will also come with two colourful Wumpa fruits (the apples you collect during each stage), a colourful cardboard background, a question mark and a life crate. However, unlike with their Mario suit offerings, these crates will not be 3D resin blocks but 2D acrylic plates. While this made me a bit sad, I do understand the reasoning behind it which was costs. It would have pushed the exclusive to cost that much more that probably a lot of people wouldn’t have bought it. I don’t really mind. If I don’t like them in person, I’ll just leave them in the box and wait for them to make a replica of them.

First 4 Figures also introduced something called Day One edition a while ago. Purchasing the Crash exclusive edition at anytime during the first 24 hours after the launch will entitle you to the following extra free bonuses:

Like with all their latest pre-orders, the edition size of the exclusive is only set after two weeks and a so-called last-chance weekend. I’ve really started to warm up to this procedure. As long as I have one too, who cares how many are made? It really removes the pre-order jitters. The regular edition size is open until production starts.

The pre-order has started today, so what are you waiting for? I know I can’t wait for this bandicoot and those delicious Wumpa fruits! And he’s going to look awesome next to that little purple dragon… 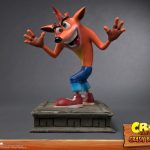 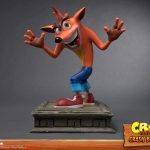 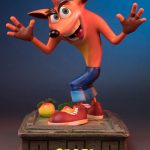 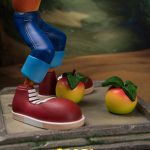 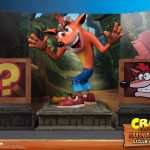 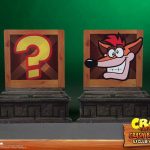 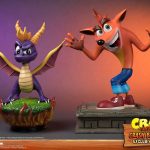