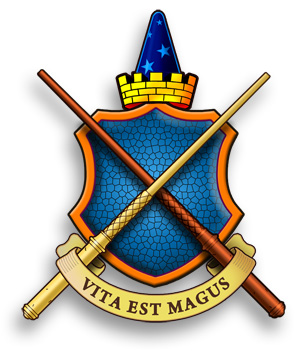 There is more in the word ‘Wand’ than you think.

This has been more than a while, but we are back with an interview with a company we love. The Wand Company popped up on our radar not that long ago, but  we are already big fans! Chris Barnardo, co-founder,took the time to give us a bit of an insight in their company.

Could you tell us a little bit about yourself? We’d love to know where you live, some of your general interests, hobbies, pets, …
I live in the UK in the southeast, about halfway between London and Cambridge. I am lucky to live in a small village and our house is surrounded by farmland. I don’t get much spare time these days, but I enjoy DIY, playing the piano (a bit) and writing. I have written a sci-fi novel (although it is not published) and in the past submitted a script for Star Trek Voyager. I have published two books, Dadcando and Dragonolia. These are both craft books.

We like quotes. What’s your favorite quote?
Replicants are like any other machine. They’re either a benefit or a hazard. If they’re a benefit, it’s not my problem. (Deckard in Bladerunner)
I love poems, the Rudyard Kipling poem ‘If” and the TS Elliot poem, “Portrait of a Lady” are two of my favorites, but my all time favourite is the John Masefield poem “Cargoes”. Although it is short, it has such a sense of time and storytelling and evokes a rich sense of progress.

We are quite the collectors and if we’d own a shop or something, it only would get worse… So, do you collect yourself? Anything goes.
I like props, but actually, I am not a great collector. I have a few nice pieces. I love sets, but for me, it would be making things that build into collections.

How did it all start (the company)?
I built a crafting website for dads and kids called dadcando. To increase the traffic I designed some Harry Potter themed crafts. One was how to make your own wizards wand using paper and glue gun glue. This was very successful, in fact, it is still in the top 20 of all time projects on Instructables.com. I had previously worked in a company (actually that I founded) that made displays for remote controls, and I had the idea of making a remote control wand. A good friend and work colleague of mine suggested that the wand should use gestures instead of buttons to send the IR codes… and the idea of the wand company was born.

Who and where is the wand company?
It started out as just me and Richard Blakesley, but we have more staff now. We are based in the UK (in the Southeast) with an office in Cambridge and one in a town called Bishop’s Stortford in Hertfordshire.

The wand company? Why that name? Doesn’t it feel limited?
Well we started by making wands and yes, as we have grown and changed the products we make (although we still manufacture the wand), we have felt at times that it might be a bit limiting, but in the end, a name is just a name and in the words of Shakespeare…
What’s in a name? that which we call a rose
By any other name would smell as sweet;
So we feel that as we get better known, the name will become synonymous with magical (in the broader sense of adding unexpected elements that surprise and excite) products that deliver a high level of engagement, realism and sheer fun.

Having a job without fun isn’t really that much fun… So, what was the most fun and/or satisfying statue that you ever made?
Well, we don’t make statues, but I think that the Flea has to be the most fun given its cheeky look, but the Pip-boy is the most rewarding to date, although the fantastic functional upgrades we are working on now and the Bluetooth Speaker Pip-Boy Stand Kit are promising to be even more exciting.

Why fallout? where did that idea come from?
We love Fallout. We were asked to work on the previous Pip-Boy by the licensing people at Bethesda, who we know really well from a previous project, but we had to turn it down as we were busy with the Star Trek Communicator. So really as this project approached it was always on the cards that we would do it.

Was the first idea to go to the 1/18 die-cast cars?
Initially we didn’t want to make scale replicas. We made our name making life-sized and mostly therefore hand-held products. But the idea of the cars came about becuase I love cars and love the Fallout cars and I know a really good factory, who made our metal components fort the Communicator and Phaser, and their speciality is die-cast cars. Then I came up with the idea that they would be gifts from Chryslus and thus would be replicas at the correct size, given that these gifts would have been 1:18 scale in real life (that is in real life in the game universe of course). Once I had got that fixed in my mind, the question was… would there be a market for them? I think there is, but the market still needs to warm up a bit. It has been successful so far, but I think it could be much hotter.

Maybe plans for other replicas (scaled) stuff?
More Fallout cars, but nothing else just yet, but who knows, We got close r to making some Wipeout ships but the market just isn’t there for them at the moment.

Other games?
We have been approached by other licensors, but we not committing yet as we have our hands full with Bethesda at the moment.

Got any hints on future releases and/or licenses?
We’re working on a new kit… a Bluetooth Speaker Pip-Boy Stand replica as seen in the game trailer and three functional up-grade modules for the Pip-Boy kit which will include a real working FM radio up-grade with in-universe broadcasts and a sensor module. We hope the stand, the radio and perhaps the sensor will be ready (we hope) for launch at E3. 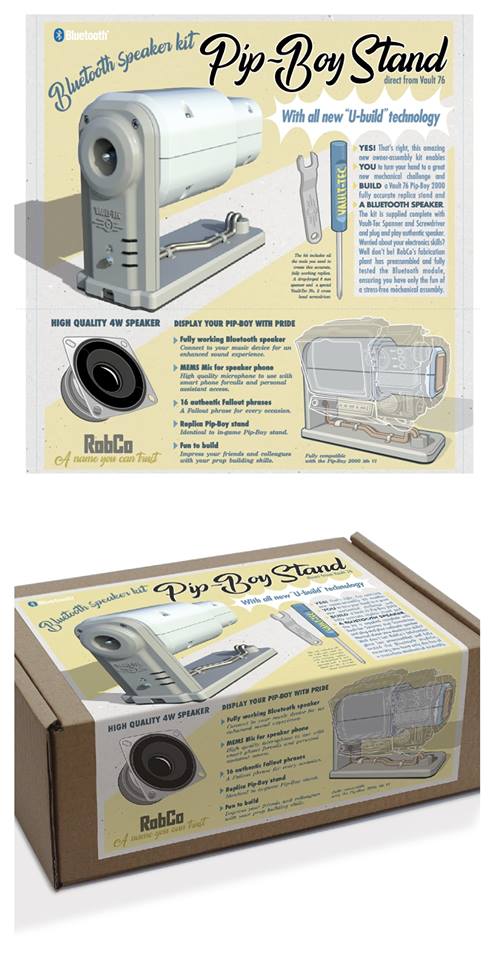 I want to thank Chris for taking his time to answer those questions and really wish The Wand Company the best in future endeavors. Really a big fan of your products!