Twenty-two years ago, my brother got an awesome game on his PC. A PC I wasn’t allowed to touch. Which meant of course that I tried to guess his password each and every time he wasn’t looking. And when I succeeded, I got to play this awesome game. Never got passed the training level, but hey, I was only eight at the time…

I remember that level well. A female heroine walking around in her enormous mansion, climbing onto boxes and jumping around. Both she and the surroundings looked so awesome and lifelike. I was hooked after my first glimpse over my big brother’s shoulder. And now twenty-two years later, Gaming Heads is giving tribute to this awesome game character.

I’m talking about Lara Croft of course. And Gaming Heads isn’t just giving tribute by releasing her based on the first game. No, they’re releasing six statues based on iconic outfits/renditions of her. 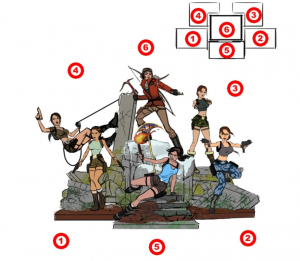 While I’d love to have all games represented, I believe it’s a good compromise and the complete set is going to look so awesome. And what better way to end this post by also telling you that the first of the lineup is already available for pre-order!

Yes, that’s right. Lara Croft from Tomb Raider 1 is now available. She’s sporting her bun just like in the game as her braid was causing them too much trouble. While I would have liked to have a switch-out head or hair part to have her displayed with either the bun or the braid, I still do like her. She comes in three different versions; the regular, exclusive and collective. So, what’s the difference?

She stands approximately 14″ (~35.5cm) tall, including the base which means she’s approximately 1/6th scale. Her design is based on her classic pose as depicted in the original cover art for the game with her pistols at the ready. The regular edition is limited to 1500 pieces worldwide and will be available through your local retailer.

The exclusive version comes with an additional set of arm so that you can chose to position her in a raised and ready pose (or mix and match to suit your mood). There’s also a medipack included in the exclusive that you can position anywhere on the base. The exclusive is limited to 500 pieces worldwide and only available on the Gaming Heads website.

And lastly, they also tend to release so called collective editions. These editions are unpainted versions of, usually, the exclusive version of their statue. This edition is limited to 50 pieces worldwide (and also only on the Gaming Heads website) and aimed mostly to the fans that want to paint their own statue.

We already secured our exclusive version! And you? 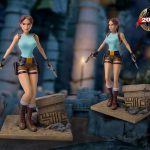 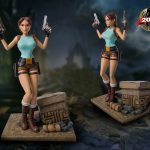 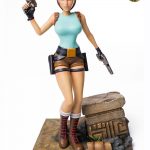 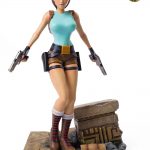 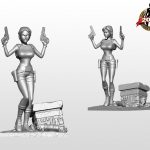