If you read some of our last post, you know we fell in love with a new company; The Wand Company. The Wand Company was ever so gracious to give us some more information about the next releases.

The first new release will be the fourth rendition of the Flea. It will be again a ThinkGeek exclusive which makes it the same concept as the racing flea. This one, the Custom Candy Flea, will be less limited. The final edition size for this Flea is 1200 pieces, quite a bit more than the 300 of the Racing Flea. The release date is somewhere this November, so keep your eyes open for this one! This Flea will be in cherry red and have a white cover. So another dual color! This will be the last Flea for now, but you never know what the future brings.

We have now the full blue one, not limited and still up for sale. We have the 300 piece limited Racing flea, orange and white with race decals. The fourth is the Custom Candy Flea, limited to 1200 pieces. Which means we haven’t talked about the third one yet. Well, that one was a very special one; a 250 piece limited version that is fully green coloured.

This Lime Green Flea was a very exclusive GameStop Managers only special edition awarded to the best performing managers who got the highest pre-orders for Pip-Boys. We’ve actually seen that Pip-Boy and wanted to order/buy one but it was only for German folks as GameStop isn’t in Belgium. Unfortunately, as this one is so extremely limited and exclusive, chances on acquiring one are slim to none. Guess we’ll have to set another Ebay alert…

The next release will a completely new model; the Pick-R-Up. We can already show two versions of this one; a complete red version and an orange version with extra decals (from the Red Rocket Company) that will be an exclusive. This exclusive version will be limited to 400 pieces, 300 for the US and 100  for the European market.  The color (and edition size) of the exclusive is the same as the racing Flea, so we see an exclusive theme appearing. They both look awesome, but you don’t need believe me on my word, see for yourself at these unique first glance pictures! The scaling between the Flea and the Pick-R-Up will be the same, so the Pick-R-Up’s will be bigger. The Pick-R-Up should normally be up for pre-order in February 2019 and the price point will be the same as the Flea!

It looks like the packaging will be consistent, and that is a really good thing. Love the way they are sold. The outer package showing the miniatures as gift for the loyal customer, the fancy manual and the enamel pin. Especially that last one is so a nice gimmick to those cars. All the cars have one, and all are different, which is an awesome little touch.

Don’t forget that next to the cars, The Wand Company is also making the Pip-Boy that is on general release. This means he should be available for everyone around the release of Fallout 76; November the 14th.

The Wand Company is also in contact with Ilya Nazarov, a senior concept artist at Bethesda. Check his impressive portfolio at ArtStation. This only makes me feeling warm and fussy inside. The combination of a company dedicated to making high quality collectibles and a passionate designer of Bethesda itself… It’s a match made in heaven.

We all know, or the gamer population at least, now that Fallout is hot. The entire feel of the game franchise is so special and has a place in a lot of gamer’s their hearts. We are now flooded with Fallout merchandise, which is a dream coming true for a lot of people. Game licences are always a bit neglected compared to the comic or movie world. This company is doing their best to make a unique product and hopefully they will be rewarded for their hard work. I’m pretty sure that as long as we keep supporting them, they will astonish us with a lot of new products in the coming time. And I know for a fact that at least we will continue to support them as long as they keep on releasing these.

Normally we will have a short interview with Chris Barnardo, co-founder and CEO of The Wand Company in the near future. So.. stay tuned! 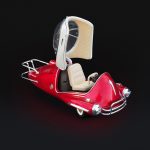 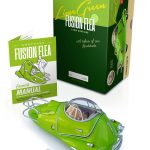 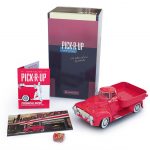 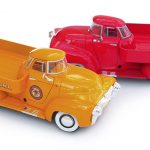