Finally, finally (!), I have found one that was on my wanted list for years. Literally years! I found the email asking if they had anything still left in stock (dated June 3th 2012) but while I could add it to the PayPal cart, they hadn’t. So sad. So Ebay it was but it rarely popped up. Until now. Say hello to the Gunstringer!

Back in 2010, Microsoft released the Kinect. A device everyone wanted, but we all knew that it wasn’t more than a gadget. But there’s one game that is definitively worth purchasing this gadget for and that’s The Gunstringer! It’s an amazing game that I don’t think got enough recognition simply because it was a Kinect game. I mean, just look at that intro movie:

I liked it from the moment I saw it and fell in love with it the moment I started playing the game. For those that want a little background on the game itself, here ya go:

The Gunstringer is a third-person rail shooter video game developed by Twisted Pixel Games and published by Microsoft Studios for Xbox 360 with Kinect. It was released on September 13, 2011 in North America and September 16, 2011 in Europe. It was originally planned as an Xbox Live Arcade release, but was later made into a full retail game.

Players use Kinect to control the protagonist. One hand is held as though controlling a marionette while the other is used for aiming and firing the character’s weapon.

The Gunstringer is set as a play which takes place in the Old West. The game is played as though it were acted out on a theatre stage. It begins with live action footage in a theater (The Paramount Theater in Austin, TX) where people have attended to see the show. The setting of the play revolves around a character known simply as The Gunstringer, an undead marionette sheriff betrayed by his posse. The game begins as he rises from his grave, bent on revenge.

Thank you Wikipedia! Of course, by getting our Kinect pretty late in the game, I only started playing this game a good while after its release. This meant that I only looked for released merchandise for it also, apparently, too late. I have found out that they released a replica of The Gunstringer himself which I, of course, just needed to have! But alas, they sold out before I knew about it and even a desperate plea didn’t work, they didn’t have any anymore. I was so sad.

So I’ve spend years tracking Ebay to see if any of these replicas would pop up and they did, twice over the years. The first time, I hesitated too long. It was expensive and timing was terrible. I don’t remember if it sold our just didn’t get re-listed. The second time, I also hesitated but eventually made an offer on it. 80$ instead of 120$. And he accepted. As shipping was 70$, I was glad to be able to get it slightly cheaper. Of course, the question remains, is it worth it? Well, to me it most definitely is because he is awesome!

Just like in the game, the replica is an actual marionette that you could, if you wanted me to kill you, play with. The strings on mine aren’t completely original anymore as they apparently were broken and (badly) fixed so I had to replace them. Took a lot of time to get it right too. But that tiny flaw aside, he looks like he just jumped off of my screen and into my living room, or garden for this photoshoot. His colours are vibrant and the gold paint shimmers in the daylight. For such a small company, this is a very well done replica. The paint application is crisp and the sculpting is clean and very well done. I also love the small details like his Sploda pop bottle cap belt buckle (try to say that thirty times quickly) and the ienieteenytiny spurs. His scarf and poncho are even made of fabric. So nice.

I did have some questions regarding this release and someone from Twisted Pixel Games was kind enough to answer them for me. As mine didn’t arrive in an original box, I wondered if this even had one originally. Apparently it didn’t.

They came in a plain box that was nondescript and had styrofoam in it.

As I can imagine that a lot of people haven’t even heard of this game, let alone play it and want some merchandise from it, I also wondered how many of them were made. I was thinking it wouldn’t be a lot. Perhaps around 50 or so. Turned out I was right.

There were very, very few ever made. Probably like 40 or 50. And far less than those were signed. Do you know who signed yours?

Ah yes, did I mention that mine came with a signed base? Yes, mine was one of the very few that were signed. While I was already happy to even have this little treasure, it does make it a little bit more special. The only name I can make out however is Tony. So thank you Tony.

As I couldn’t find out who actually made this, I also asked about it. Never would have guessed this answer however.

We design/produce all our own merchandise.

And as a final question, I asked if they would make more merchandise as I really, really like this one. I would love to own more Gunstringer merchandise or from their other games like Maw or ‘Splosion Man.

We do plan to produce more game-related merchandise in the future, but that will be once we have a bigger budget, as now we are a small, independent studio with only around 30 people on the whole team.

Conclusion
Man, I can’t get enough of this little thing. It is very well made and painted. The colours pop and the details are really good. This is the collectible to have if you love The Gunstringer (never mind you that it’s the only collectible). Very hard to find but feels so good to finally own him. 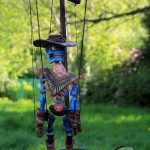 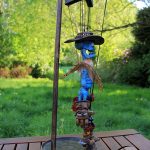 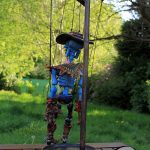 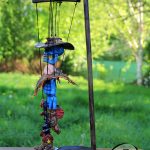 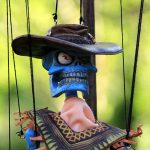 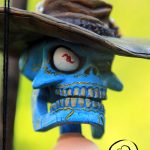 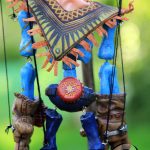 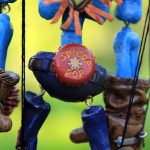 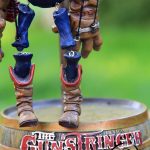 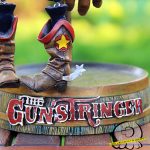 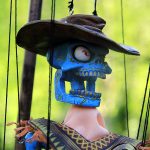 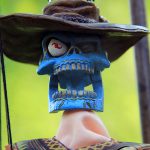 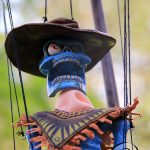 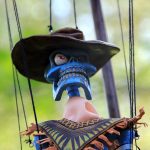 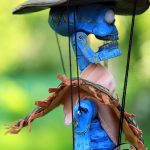 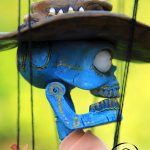 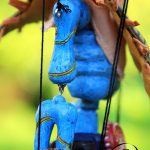 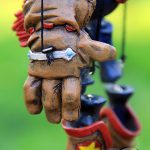 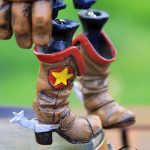 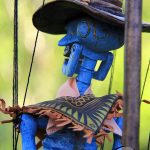 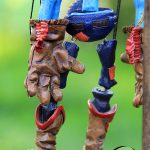 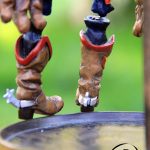 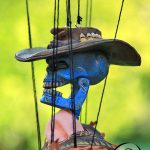 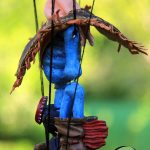 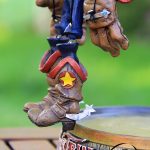 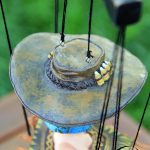 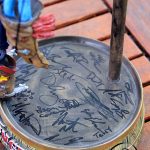