I want to drive this!!

Okay, I have some weak spots. Maybe a lot, depends who you’ll ask… One of those weak spots are replica’s, 1/18 famous cars and Fallout. I’m not sure how The Wand Company came to know this, but they decided to play with my emotions and made something that combined those three weak spots. It is not fair to hit me with something like this. Just how could I resist it?

It all started with a lot of commotion regarding the new Fallout game. The strangest thing happened. Manufacturers had an epiphany and saw there was an undiscovered gold mine in making franchised stuff. Of course there is already a lot of Fallout stuff on the market, but this is the first time I saw the marked getting absolutely flooded by different companies. I have no idea what happened, but this something fairly unique in the game memorabilia collectors world. I’m not complaining, but maybe my bank account is.

I was doing good in resisting the most stuff. The brain won the most rounds. But then I saw a picture of a tiny little blue car and the heart just went out to it. And it definitely won over my brain… The Wand Company decided to make a replica of the Fusion Flea Car which appeared in Fallout 3, New Vegas and in 4. It is a three-wheeled, one passenger, nuclear vehicle made before the Great War. I was already breathing a bit faster seeing this but still I was in doubt. Should I pull the trigger on this or not? The thinking stopped when I surfed to other sites like ThinkGeek and saw a ThinkGeek/GameStop exclusive version of the car; the Race Flea Car. Orange and only 300 made. I’ve never pulled out my credit card so fast. I’m glad I did, because it seems it is already sold out. I’ve got my shipping notice in the mail, so looking forward in taking pictures of the real deal.

The Race Flea Car is limited, but the blue version isn’t. They said they will never make the race variant again, but other, new colours are always possible. The price is around 120 dollar which isn’t that bad for an 1/18 die-cast licensed model. This statement will of course hold or fall with the quality of the delivered product.

The car is made in die-cast, rubber (tires), resin, plastic. From the pictures it looks like a work of art. The cars are accompanied with a enamel pin, a very cool looking retro packaging, a certificate, manual and so much more. Like an awesome light up function of the nuclear parts in the motor compartment.

This one is looking to be the first in a longer line. The Wand Company stated that they want to make a Pick-R-Up, the Station Wagon and the Vault-Tec Van, all with a special 300-unit limited edition. Really curious how this will turn out. It is the first time I’m buying from them, but I hope they deliver what they promised. 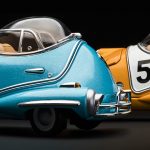 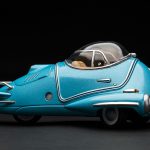 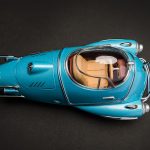 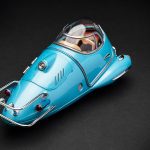 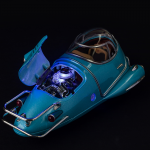 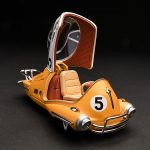 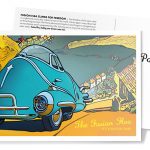 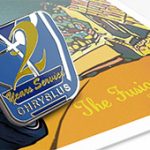 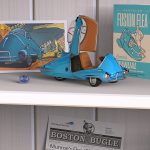 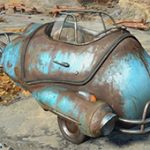