I never leave home without my party cannon!

I remember watching the (only) My Little Pony VHS I had over and over again as a kid. I loved that movie and loved playing with the My Little Pony toys I had. And now, Kotobukiya is releasing the first MLP bishoujo of the new series; Pinkie Pie!

I never did like the second season of My Little Pony. I guess I was just too old at that time to even watch it on TV to really get to like it. But I did start watching the third one; My Little Pony, Friendship is Magic. And man, I love it! We’re currently in the eight season although I have only seen six or some of seven because they’re hard to view over here. But now I started watching them again on Netflix so I’m hoping they will put all seasons online.

I don’t really have any favourite from the ‘Mane-6’ even though it does seem that some are more popular than others. One of the most popular ones is Pinkie Pie so it’s not really a surprise that she gets made first.

Too be honest, I don’t know how I feel about this bishoujo. On one hand, I kinda like it. On the other hand, I really don’t… I do like it that while she’s based on her appearance in Equestria Girls, they still included the pony version as well. Problem with that is that I don’t really like their pony version. Especially the seams… And the human version looks nothing like the Equestria version either. I get that these are based on Shunya Yamashita’s illustrations but still. Personally, I feel something is missing here… Perhaps her party cannon? 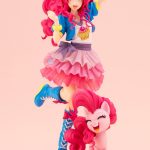 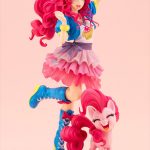 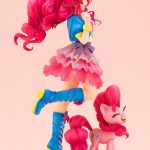 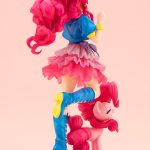 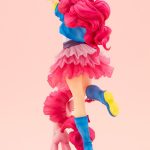 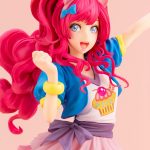 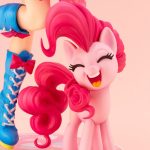