As you might have guessed, my better half is pretty amour’ed by a, for us, new company. And he’s not the only one! So I’m extremely happy to be able to review these two new colourways of our favourite little car ever; the Fallout Fusion Flea by The Wand Company!

And let me start by telling you that especially the Lime Green Fusion Flea wasn’t exactly easy to come by. Being a Gamestop Managers-only reward, given to those selling the most of The Wand Company’s Pip-Boy replica’s, you can imagine that this one is pretty rare. But we found one! And we’re both so happy that we did. And amazingly, we even got our hands on an advanced review copy of the new release; the Custom Candy Fusion Flea! And my, these two (or four with the previous two) are a real work of art!

The Lime Green Fusion Flea is,  just like the regular Fusion Flea, a monochromatic colour palet but in, you guessed it, Lime Green. It’s visually very striking, especially when paired with the blue Fusion Flea. It’s also a lot brighter then we expected but it actually fits.  I do find it a bit of a shame that the pin is a green version of the original Fusion Flea’s design. Not like the Racing Flea that was also pretty limited and had a special edition pin included. What did change however, is the font used on the box. It seems that they went for a somewhat different design for this next two releases. I kind of like it and not at the same time. I personally prefer if they keep thing constant. But they’re still pretty boxes.

The Custom Candy Fusion Flea is the latest release in the series. Its beautiful red and white colour scheme is actually one of my personal favourites, although I’m hard pressed in picking one. Apart from the colours, there isn’t much difference between the versions. The pin is also the same as the original (blue) and the Lime Green Fusion Flea in design but in red. This one is also limited with 1200 pieces exclusive to ThinkGeek which is the same principle as the Racing Flea even though the latter was even more limited with only 300 pieces. Still, I don’t doubt that this one will sell out as well. The price-tag should stay the same as the Racing Flea, which was $119.99 and it will be available for purchase sometime this week! What are you waiting for?

The entire set is surely a sight to behold and I’m having a tough time to decide which one I like best. For me personally, I think I love the two duo-tones the most. But honestly, they’re all equally beautiful (and nice and sparkly). If you love replica’s, cars and/or Fallout, get these! You definitely won’t be disappointed, especially as The Wand Company has already told us that they’re not done yet with the awesome 1:18 car replica’s. We both can’t wait! 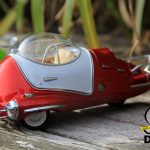 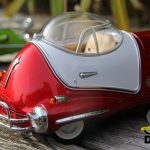 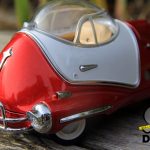 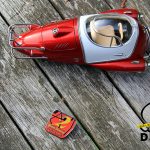 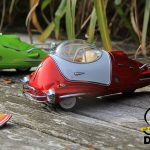 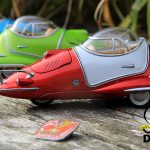 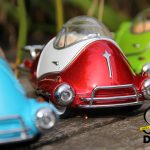 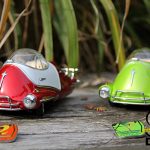 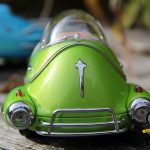 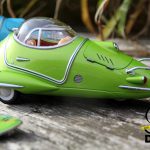 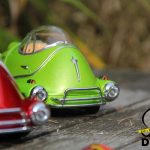 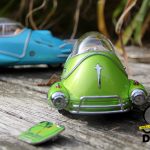 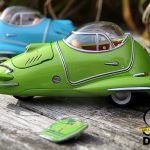 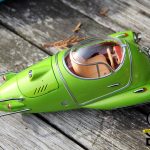 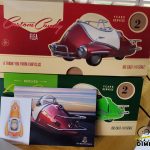 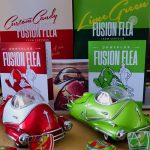 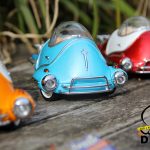 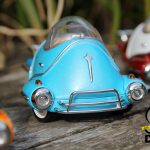 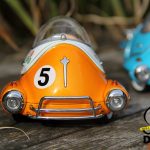 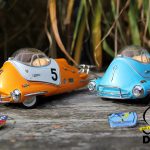 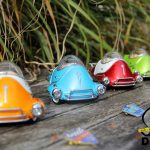 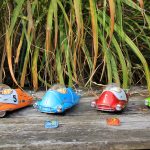 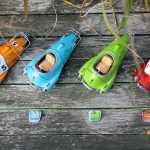 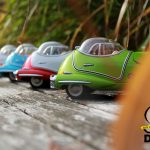 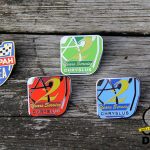 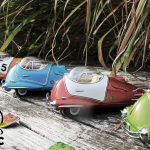