Be still Mouse. You can change your pants in a moment.

Only a few companies are really dedicated to their licences. Even less in a world of difficult licences, such as game related ones. Gaming Heads is one of those companies. This review is about the fifth statue in the Mass Effect line. The last instalment of the game series, the third, is already from 2012. Crazy right?

Thane Krios is a drell assassin, rumored to be the most skilled in the galaxy. Unlike most assassins, who prefer to snipe their targets from a distance, Thane prefers to get up close and kill his target personally, utilizing a mixture of stealth, firearms, hand-to-hand combat and biotic abilities.

Despite his profession, Thane is a deeply spiritual man who prays for success in his missions. Thane asks for forgiveness after each kill, even going as far as to ignore those in his immediate vicinity until he is finished doing so.

Thane is one of my favourite characters of the Mass Effect universe. Since that Gaming Heads announced the ME licence I was hoping they would give him statue treatment, and they did!! This line is full of home runs. I know Tali was a bit difficult and there were some screws ups in the paint application with that one. But in my opinion, everyone is entitled to make mistakes. What distinguishes the companies from each other is how they respond. Gaming Heads produced new ones, send replacements and choose a new factory. I don’t think you can expect more? Except maybe that their next ones are again superb. Mordin and Thane are more than good enough to reignite the confidence in the company. They are amazing!

Thane is again made in 1/4th scale, completely made in resin and of course hand painted. He is standing on a fairly simple round base. I would love to have this kind of style for all the Mass Effect statues, but you can’t have it all. This is my only nitpick I have with the series; the inconsistency with the bases.

The paint application on Thane is very well done; there are no bleeds, no paint mistakes, the small seams are followed without discrepancies and the shading is applied like on the prototype. Just check the pictures and let them speak for themselves.

The face, well both faces, are also sculpted and painted perfectly. It really looks like Thane. Gaming Heads posted some pre-production pictures and asked for feedback. The community responded and said that the lips were the wrong colour. Gaming Heads changed this and the result was a lot better.

The exclusive version of Thane comes and additional head and set of arms. The regular version has a head facing up and casually carries the Predator pistol in his hand. The exclusive head is bowed down and his both hands clasped together in his iconic praying stance.

The only big questions is how many characters will we be able to add to our squad? The sixth one is already in pre-order, Wrex, but I want to have teases about the next one. And the next one… And the one after that…
Of course I’m realistic. The game is getting older and will sooner or later reach his due date. As long as this line keeps selling, Gaming Heads will probably keep on making them, but if the interest starts to wane…  I still need my Miranda, Legion and Jack. (Hear that Eric???) 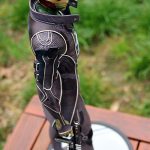 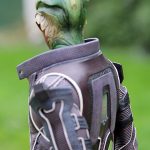 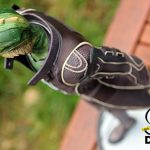 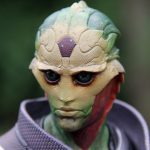 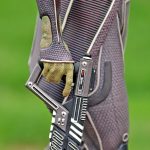 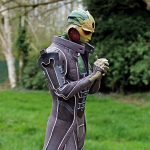 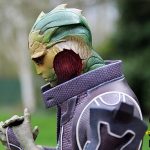 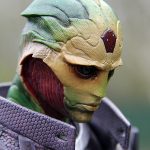 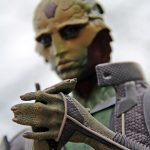 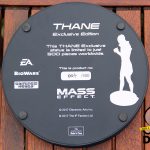 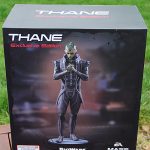 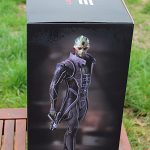 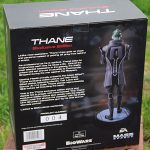 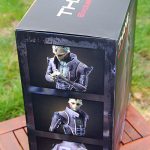