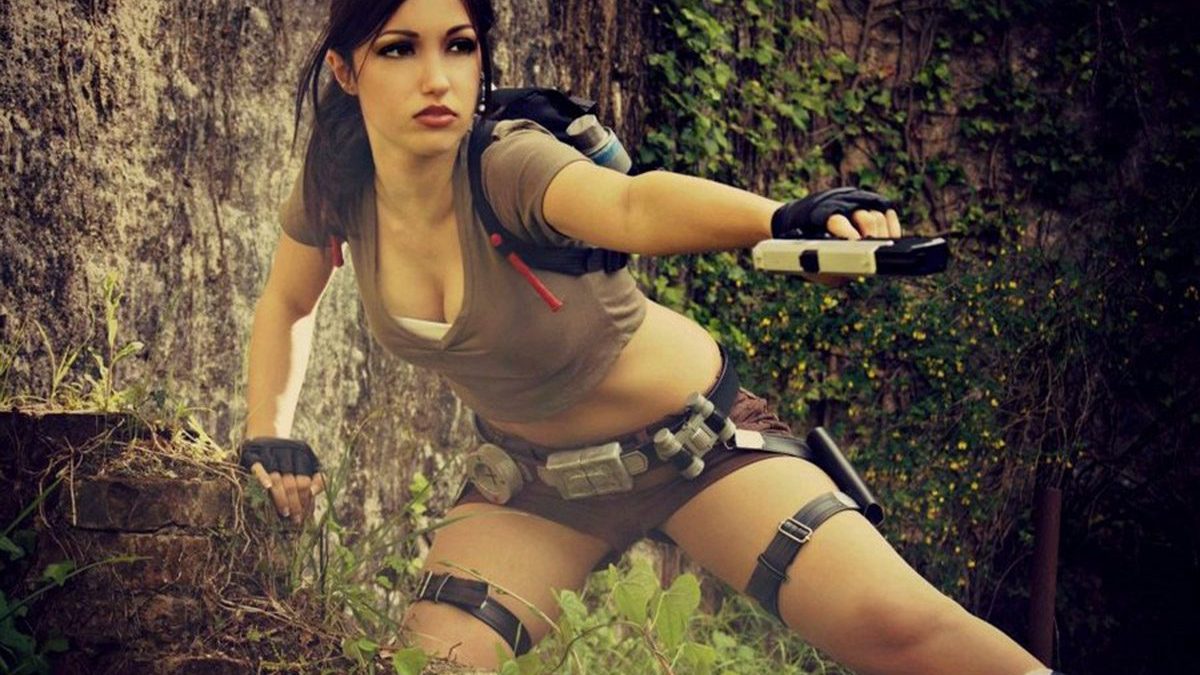 What are they doing there? Getting into Trouble.

The last of the high end Lara statues finally made it in our collection.

Okay, I agree, Haven’t post in a way to long time. I’ll try to do it more, it is not by lack of any stuff, but … time. But I’m now making a new post, so it is all good for now, right? What pursued me to make a new post? Well, obtaining a statue that was already on our wanted list for a lot of years. The first Lara Croft piece Sideshow ever made: the Lara figure from the reboot game ‘Legend’. Tomb Raider: Legend was the first game made for the first reboot of Tomb Raider. This was back in 2006 and was released by Crystal Dynamics. The game was succeeded with Tomb Raider: Underworld before the second reboot happened. This is a more iconic view on Lara, the more old school gamers will surely relate more to this design then the current one. Croft is the only person that is represented with much different statues in our collection.

The statue has a fairly static pose of Lara waiting on the next big bad guy with her guns drawn. She is in 1/4th scale and is labelled as premium format. Back in 2007/2008 when she was released this meant there is also mixed media involved. This is translated in tailored clothes, her short and top are made of textile and not sculpted.  She is wearing the same clothes as in the first two levels of the game; the standard expedition gear. The clothes on my Lara are well done, the tailoring and the glueing of the pieces top notch.

This is on my Lara now. I ordered her many years ago on the sideshow website when she was out of stock but I was on the waitlists for the exclusive and the regular version. Oh wonder, the regular converted and I received my Lara. Tough luck, she was scratched. There were deep scratches in her leg, so we asked for a replacement body. We were lucky and received one, but this one had problems with her clothing. There were hooks (like a cat scratched her back) and the glueing of the backside was disastrous. There were no replacements anymore, so we destroyed also the second body and got our money back.

Years went by and Lara only came more expensive. Until a few weeks ago we saw an opportunity on Ebay to buy her in a bidding contest. We won her for a decent price, in Europe! We immediately payed her and awaited for the tracking code. Sadly enough, the buyer refunded, said they were not able to send her and that was it. This was a big bummer, because in my head we already had her in the collection finally. Next opportunity was one in Canada, the price was reasonable, but yeah, taxes are not that much fun. I didn’t care, we bought, we payed and at last received her. The customs opened the box, so it is always a bit scary what you gonna find, but she is in superb condition.

Lara is standing on a simple base representing a part of a temple with a broken column. I said simple, what really doesn’t mean I don’t like it. I hate it when the bases are too crowded or too complex, they take away the focus of the statue itself. This one is perfect in my opinion.  Like said before she has her two, Heckler & Koch USP Match, guns drawn. This dual wielding pose is actually a pretty iconic pose. Lara has also her backpack, with some grenades, that comes loose in the box. This one looks pretty fragile to click on and off Lara a lot of times.

The exclusive comes with the Excalibur sword. This sword has been split in 5 pieces, and the main plot of the game is retrieving those. The exclusive is not really a must for this statue. Just a little extra, but it is not really adding anything. It even clashes a bit with the statue in my opinion. But hey, the exclusive rule stays in place.

So at the end, was she worth it? Yes. Of course this is my opinion, but this is a really nice PF. The paint application is really nicely done, the face is perfect. I have seen statues coming out now, 10 years later, that are not able to compete with this one. 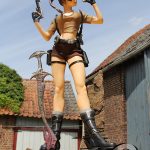 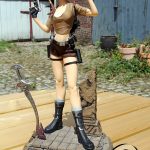 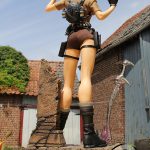 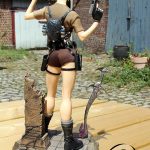 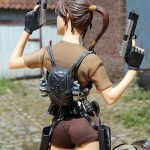 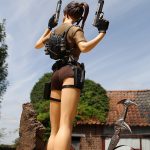 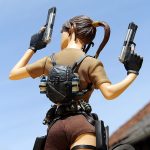 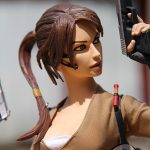 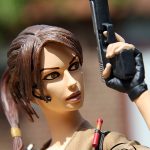 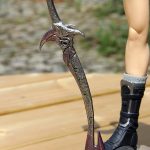 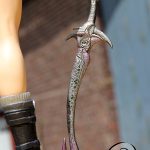 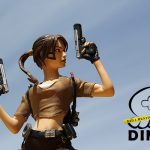 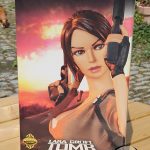 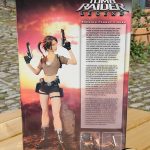