I can’t stop thinking about it so I couldn’t do anything else but share it with the rest of the world. What am I talking about? Well, about Mike M.’s newest creation: the baby Styracosaurus.

I like dinosaurs. People who know me, know I do. And especially cute ones like this baby Styracosaurus. Someone called Mike M., over at one of the forums we frequently visit, wanted more baby dinosaurs then Sideshow Collectibles would make. So, he made them himself and man, does it look good! Which I didn’t expect from someone that usually only makes horror-themed stuff. Granted, his creations look really good but none of it would be called ‘cute’. Not like this anyhow.

On the first image you can see the Dinosauria Ornament, which was a holiday special product and very limited, which inspired him to make this cute baby dino. And I’m happy that he did although I’m trying really hard to resist buying this. But it’s so cute… If you want one, you better hurry since the edition size is a mere 30 (and includes a Certificate of Authenticity) and the first 4 have been sold already!

He’s currently also working on a Parasaurolophus, Carnotaurus, possibly a Dienosuchus and a Triceratops (links point to Wikipedia). Of the first three, he already showed some WIPs (Work In Progress) pictures. Really curious how cute those will turn out eventually. You can also buy one of his finished Styracosaurus from him as well. Just contact him through the forum (link can be found below the pictures). 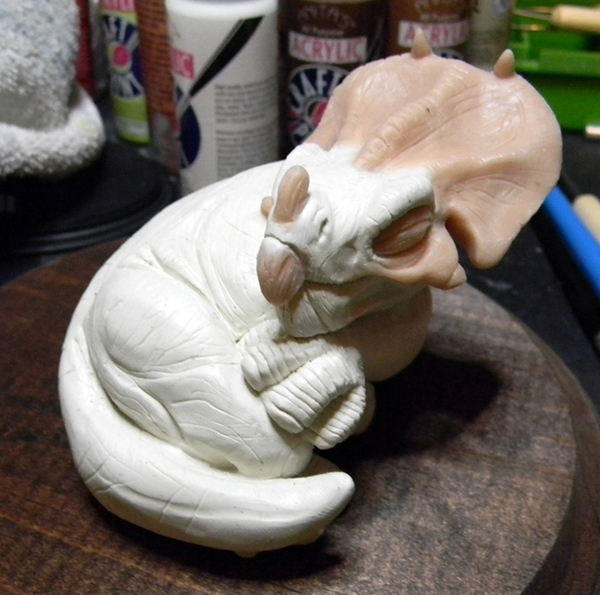 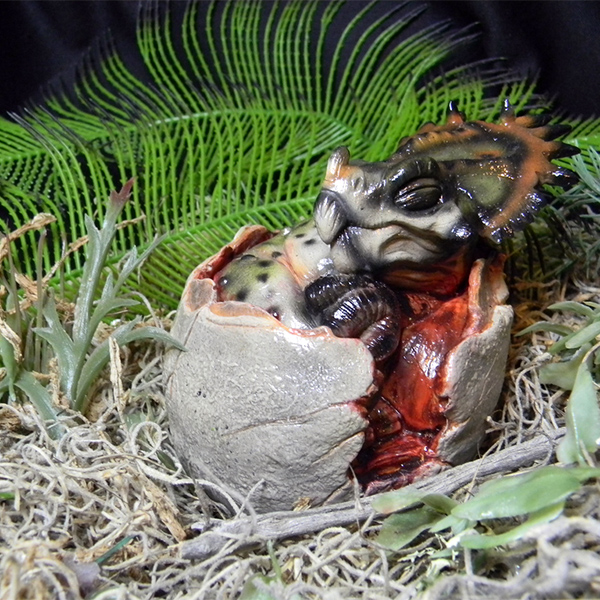