I’m in the middle of some calibrations

While last time I told my boyfriend of the new bust line Bioware was making, it was him that told me about the second in the line. Now it’s time for Garrus to be immortalized into bust form.

I’ve yet to play the Mass Effect games, simply didn’t had the time for them the last few years, but I did watch while Ingis played. So I did got to know the characters a bit and feel with them throughout the game. And I must say, I like Garrus. And while I generally don’t really like busts, I like ‘complete’ figures, I do kinda like this one.

Garrus is a male Turian and just a damn cute one as well. Since I don’t know much about the character since, like I said, I haven’t really played the games I just post a link here to the Garrus wiki page. What I can tell you is a bit about the bust itself. Both the paint and the sculpt look really well, apart from a few paint misses and screwed sculpting in the production sample, but I’m not that big fan of the base. While it does have the quote on top like the first bust of Mordin, it does look different. And I’m not a fan of different bases in one line.

Like with Mordin’s detachable headset, Garrus his visor will also be detachable. Not that it’s that spectacular… I would also like to mention the fact that his visor doesn’t have an actual screen, which is a bit off-putting. But maybe they’ll change that yet. I sure do hope so. But anyhow, he’s ordered since he is just such a big fan of the games. Can’t wait to actually review them though.

Oh, and on a side note, he’s also temporarily in reduction as well. It lasts only for roughly a day or so but still, it might be interesting. Like with Mordin, you can get a discount of 10 USD (or 10 EUR) when you order him before the end of January 27th. Which is tomorrow. Told you it’s a bit short notice… 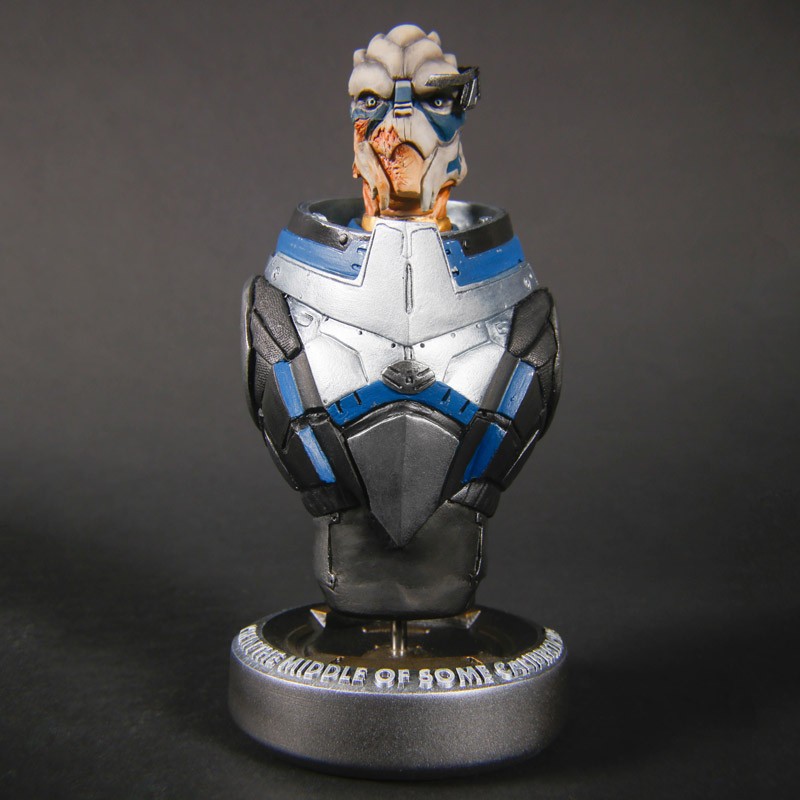 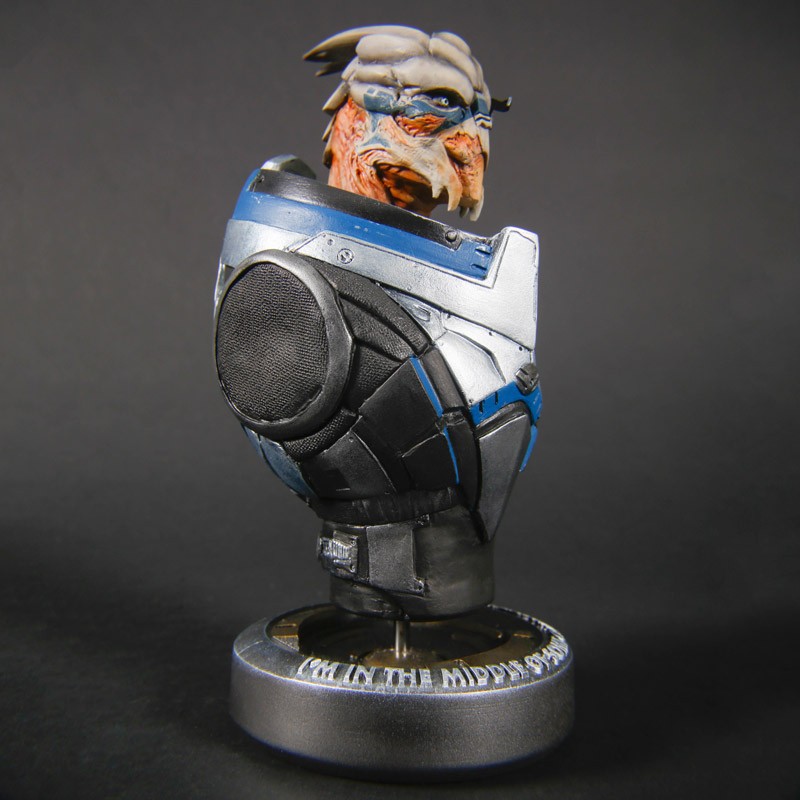 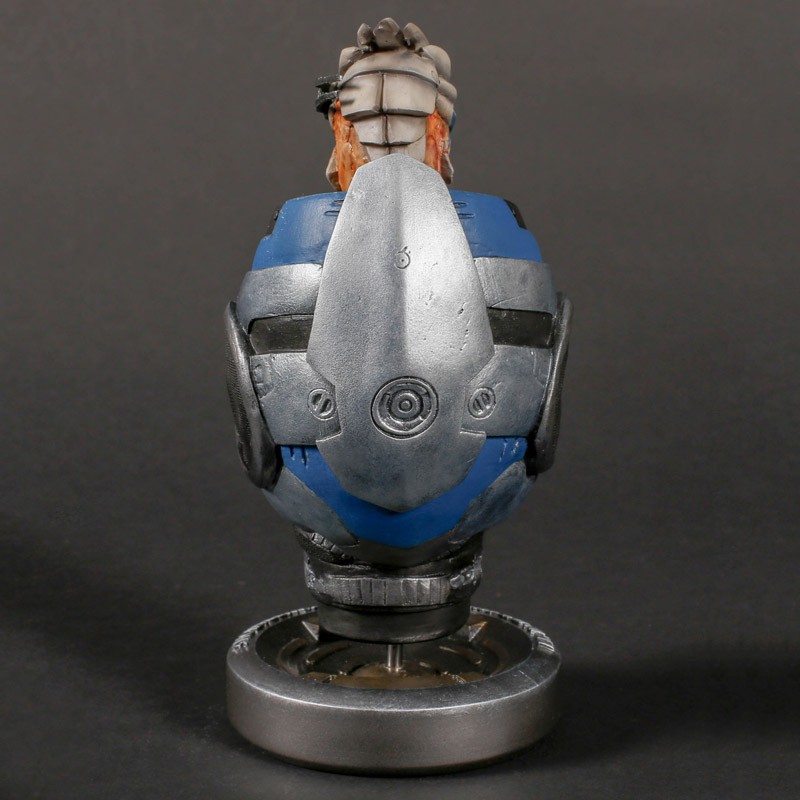 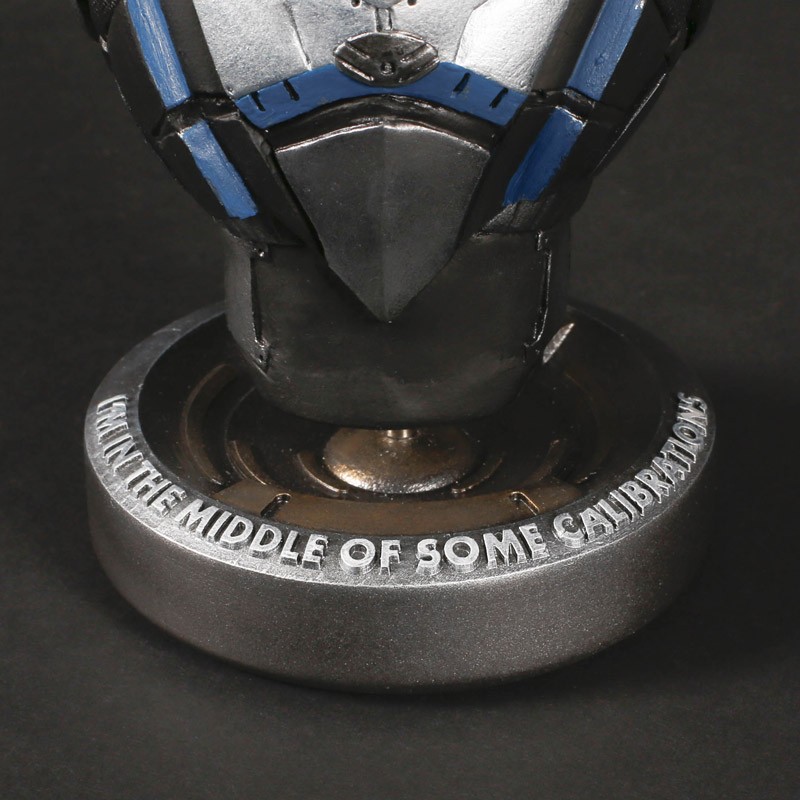 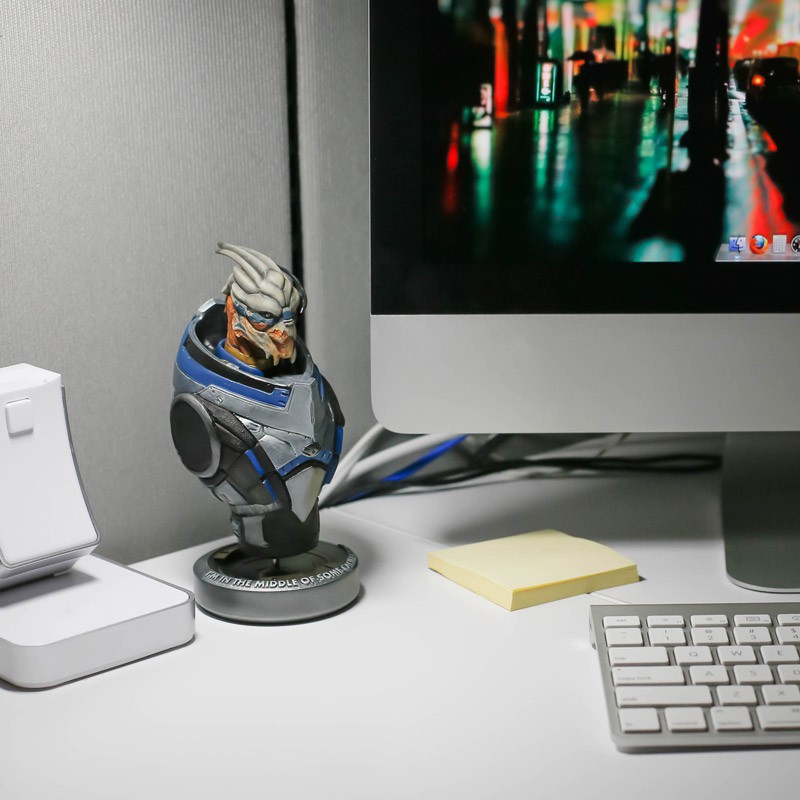