I’ll have to build a bomb shelter…

With all these Bombshells dropping, I’ll have to build one. Yes, we just got news of the pricing, scale and release date and not long after, the next one was shown.

Yes, the line continues and somewhat faster then I was expecting. While I was browsing the web, I came across another blog I visit from time to time; PlastiKitty. On there, I saw that they have pictures of the next one in this line; Poison Ivy. They actually saw her on the New York Toy Fair. It’s such a shame that we don’t have cons like that over here… Makes me a sad panda…

Actually, I don’t really like this one. Which also makes me sad because she’s one of my favorite characters… I’d actually preferred if she looked more like this one: 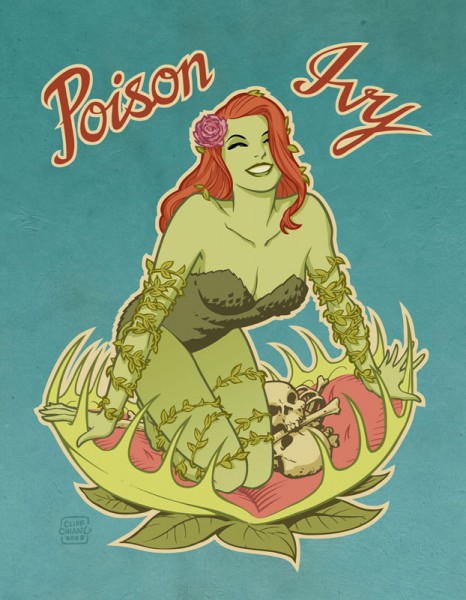 I do like her, especially the bat symbol tattoo on her elbow, but I’m missing the power and the playfulness of the previous two. Which is something the drawing above does have. Ah well, if we start with this line, she’ll also be in the collection if only for the sake of completion. And who knows, she might be nicer in person.

We also got rumors of the next one in the line which would be Harley Quinn, seated on a bomb. Sounds promising.

The pictures (apart from the work in progress one) are from Plastikitty. You can also find more of them over there.