Sometimes, we catch a break and get lucky.

Our highest priority in our merchandise collection is collecting game related merchandise. Sadly, we collect too much other stuff to catch up with stuff from the past. But sometimes, we catch a break and get lucky. On myfigurecollection someone offered one of our most wanted game related PVC statues for a, more than reasonable, price. I’m talking about the Max Factory I-No from Guilty Gear.

I-No is a fighter from the Guilty Gear series in which she made her first appearance as a boss in Guilty Gear XX. The truth be told is that I only played Guilty Gear briefly on my DS but I quickly came to the conclusion that it is a rather difficult game. Fighters is a genre I don’t play that much to start with, but normally with a bit training and a lot of button bashing you can accomplish something. Well, not in this series. But we’re not going to review the game, so that is totally besides the point. What I surely like about the game is the art of some of the characters, mostly of the girls.

We already have one of the Guilty girls reviewed, Dizzy from Alter, and are happy to review this one that has been on our wanted list for so long. Here’s some more information regarding I-No from the Guilty Gear Wiki:

I-No is a sadistic and manipulative woman who seems to act without conscience. Thus, she has no qualms about hurting other people (physically or mentally). She is dedicated — or so the audience is led to believe — to That Man’s goals and ideals, to the point where she altered reality at least once to make his objectives possible, though it is never entirely made clear what the former are. She is somewhat crude in how she speaks to others, as she is always either cursing, insulting her opponents, or making sexually charged comments, usually using musical references as double entendres.

The figure itself is in 1/7th scale and released by Max Factory back in 2008. Currently, it’s a pretty rare and sought after figure and if you look at the pictures, you can see why. The paint application for starters is superb. There are no misses and her clothes really look like latex. Just plain sexy!
The only thing I could nitpick over is the color of her skin, it could use a bit more shading.  Her face has a very good looking self-assured expression and the costume has all the details, zippers, laces, buttons, from the original artwork. I have no idea how that costume would stay in his place when she is fighting but that is besides the point, and really… who cares.

The only accessory she has is her guitar. The guitar also has a very good paint job and comes with real strings! That is like awesome, but you better be careful not to break one. The addition of the guitar is of course completely normal since it’s her weapon of choice. Personally, I would rather choose a heavy metal tuba if you really want to smash an instrument in someones face, but I have to admit that it’s a lot lower on the ladder of sexappeal.

While the figure itself is quite elaborate, the base is just simple square with a metal plating look. It doesn’t have that much to go on, but it actually suits this figure quite well. More would only distract from the beauty of the figure itself.

Like I stated previously, this one is released early in 2008 and has been sold out everywhere for quite a while now. So if you really want to have her, you will need to shell out quite a lot of money but I can only say she is definitely worth it. I also doubt there will be another I-No released by any company simply because there hasn’t been another for so long. Alter brought us only Dizzy and nothing else… My wager is that this fighter it a bit t0o obscure to justify more merchandise, and especially back here in Europe.

Luckily, since there isn’t anything other made of her apart from some trading arts and a garage kit, this statue is just a perfect representation from I-No. Next to this standard release, Max Factory also released a special recolor variant for the Winter Wonder Festival 2008. That one has a black latex suit, white guitar and pinkish hair. Even though the black one is even harder to find since there are only 500 made of that one, I prefer the red scheme. Not only because she is always represented in that way but because I personally think it suits her better.

You are a fan of Guilty Gear? Latex wrapped woman? A game merchandise collector in general? Then you won’t regret to get the figure. She is really nice and it is with pain in the heart that she is still in the box at my home simply because of lack of space to display her. Someday… 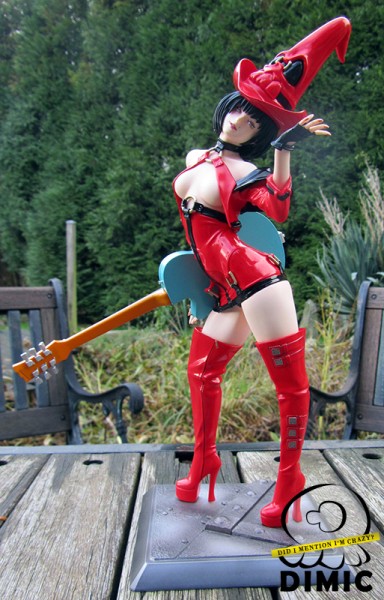 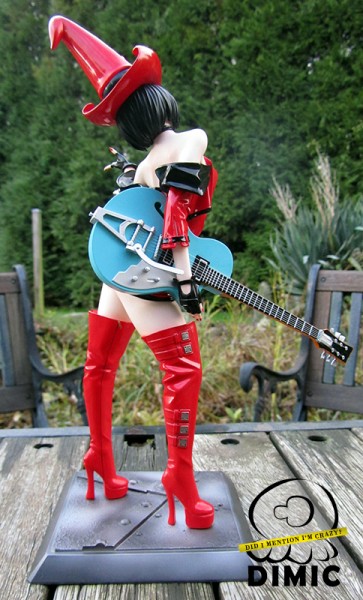 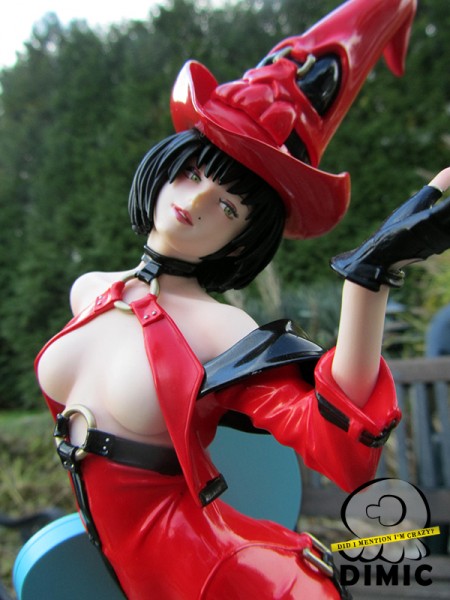 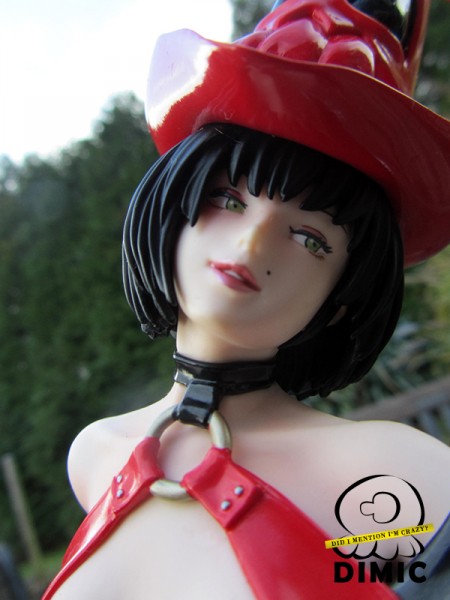 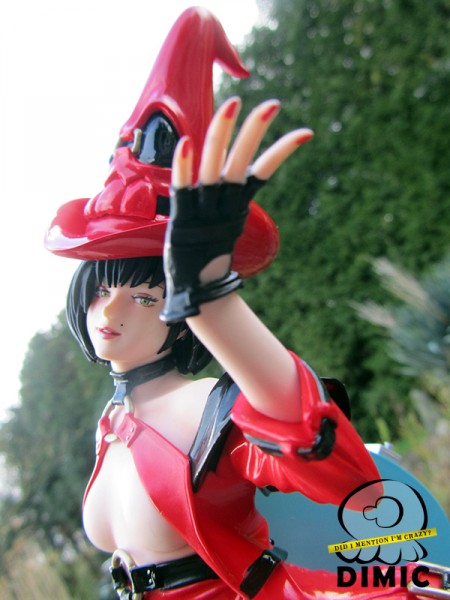 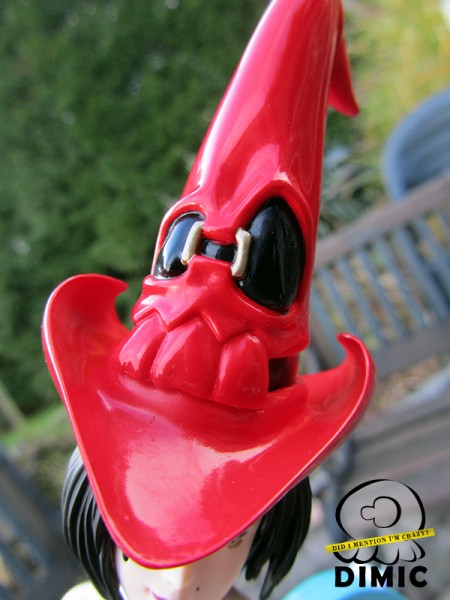 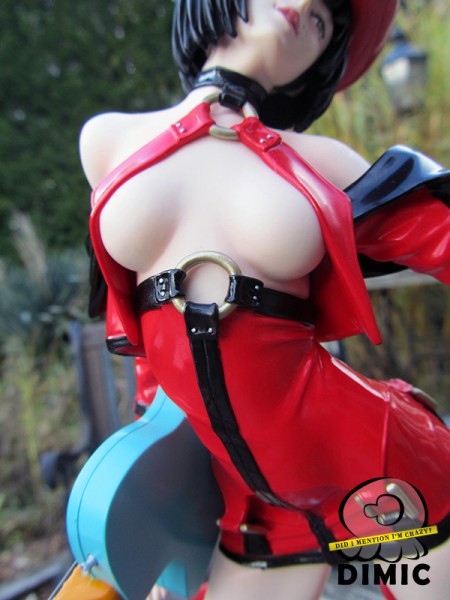 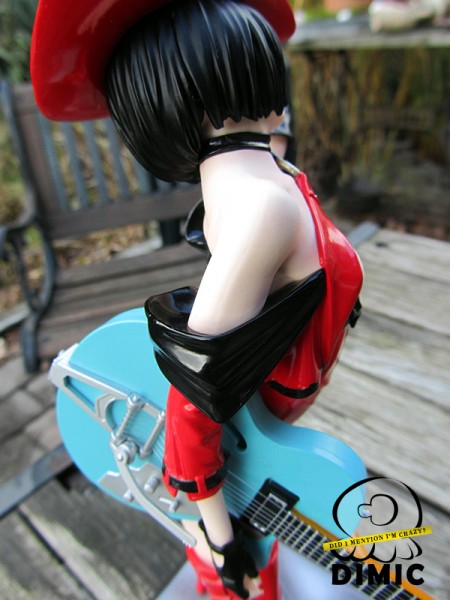 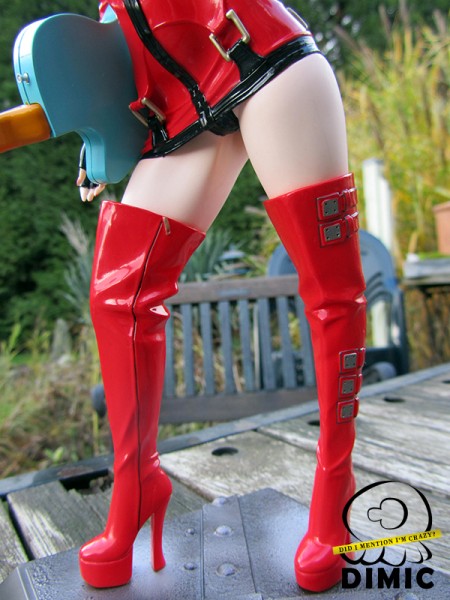 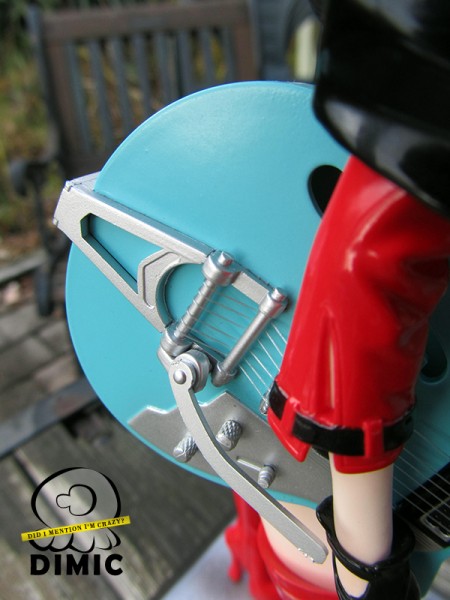 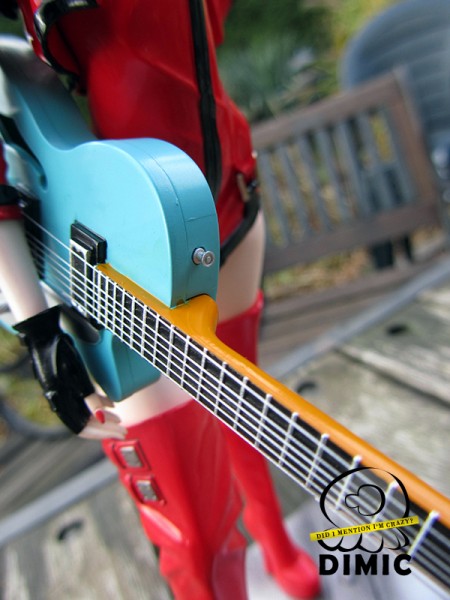 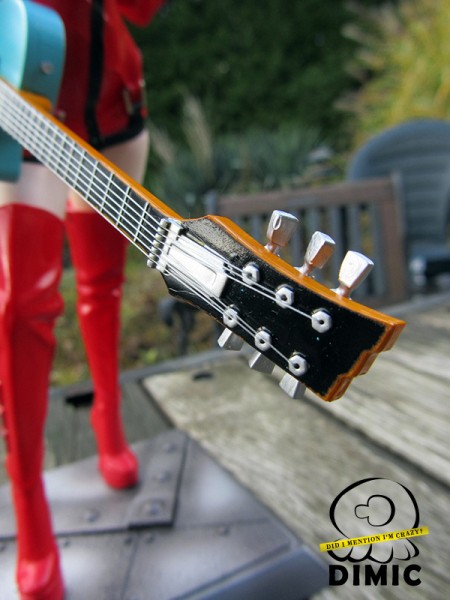 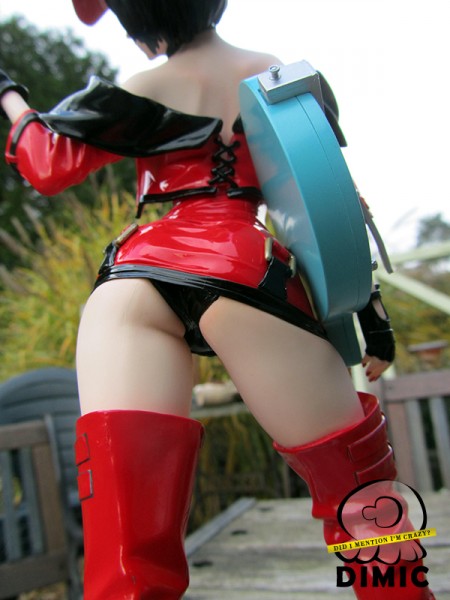 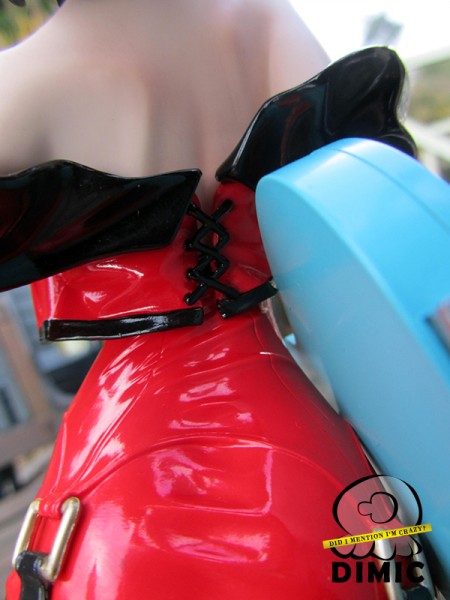 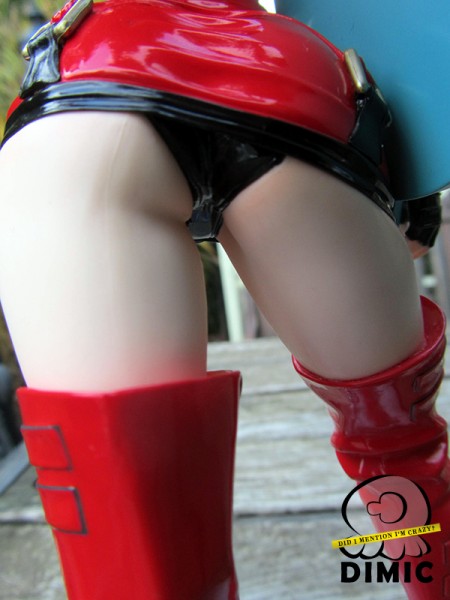 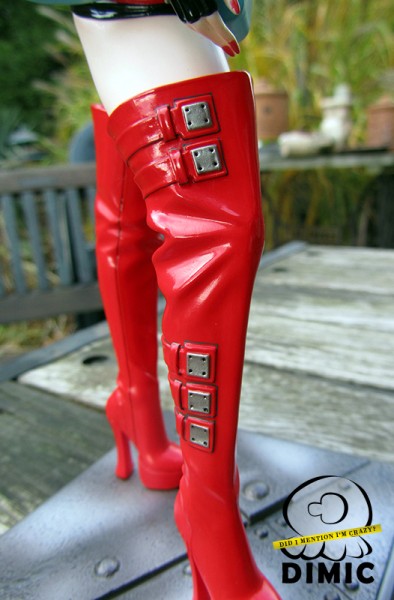 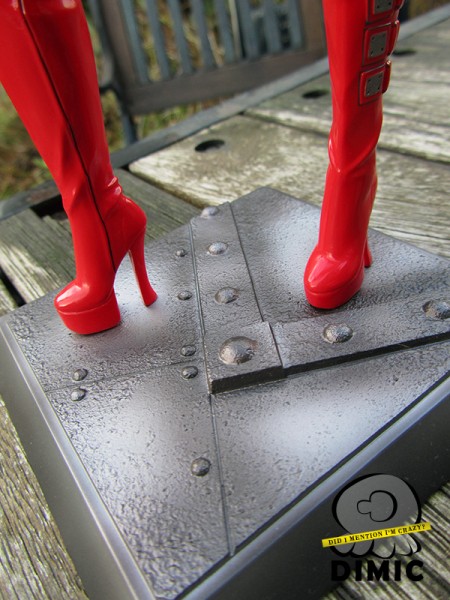 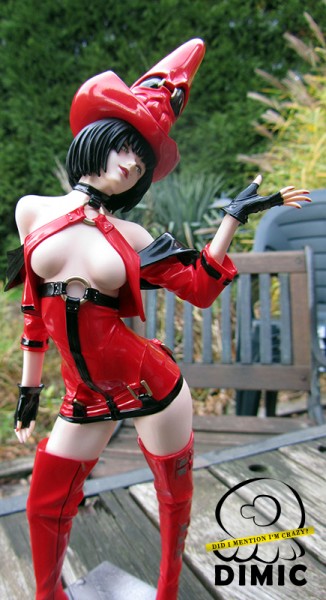 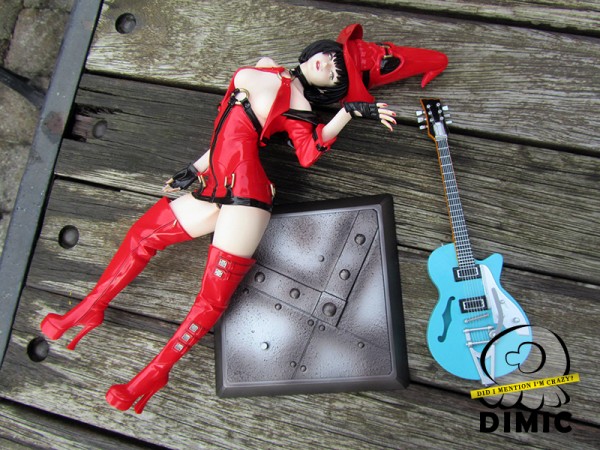 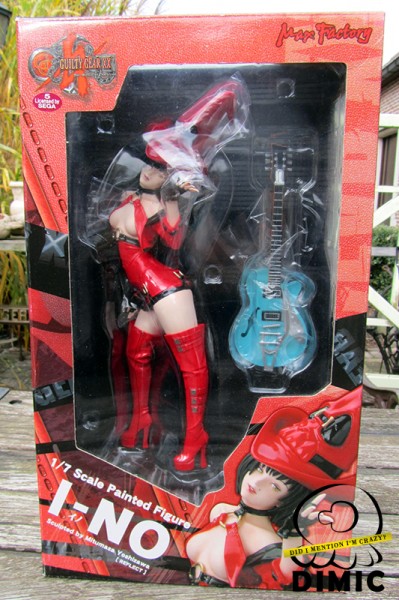 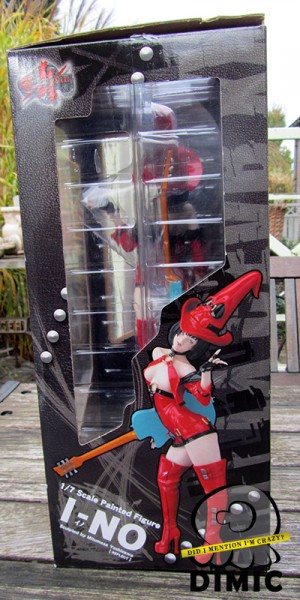 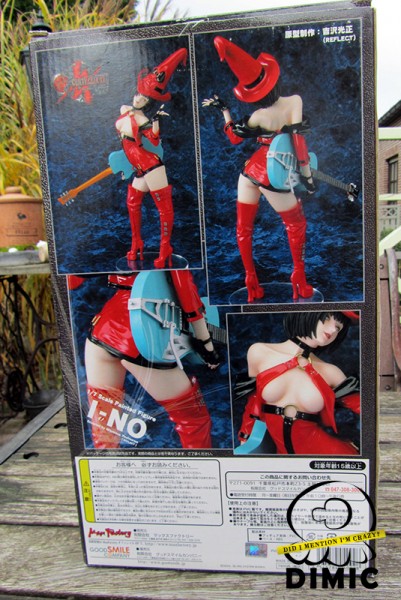 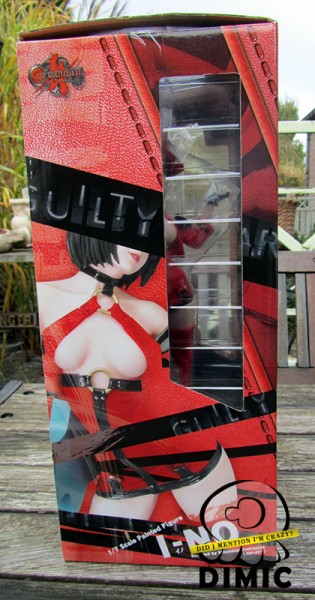 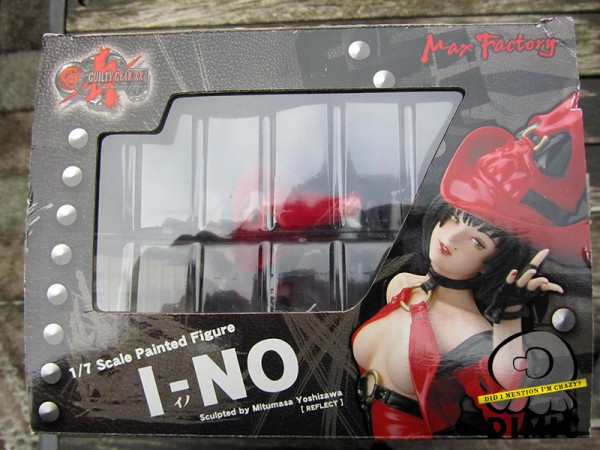