We’re not as different as we seem to be

One of my childhood loves was Pokémon. I absolutely loved that series, the games and of course the movies. I remember well the first Pokémon movie.
How can I not when I’ve seen it about 20 times in the movie theater. Who doesn’t remember the awesome battle in the first movie? Or that hart-breaking moment when Ash sacrifices himself, turns to stone and Pikachu trying to revive him. I still get tears in my eyes when I watch that moment.
And how can I not when I’ve listened to the soundtrack day after day. I even bought the VHS twice, one English spoken and one in Dutch. I’ve played them so many times that some parts had trouble playing. Same with the cd I’m afraid…
I still love the series although I have to admit that I don’t watch the series nor the movies anymore. Also the games lost some of the appeal the older ones had. But, I still love them and I still buy stuff like plush toys and things like that. And now, Bandai is going to release the most awesome VS couple ever! Indeed; Mewtwo and Mew are going at it again!There has been a lot, an awful lot, of Pokémon merchandise throughout the years. But most are trading arts figures or PVC figures but never something actually really nice. And never action figures. But now, Bandai is going to change that, starting with the most awesome Pokémons ever!

Even though I don’t like action figures, it kinda works for Mewtwo. He’s almost humanoid in appearance anyhow. And he has a lot of articulation! Just look at that tail alone. It is a shame though that he’ll only have one energy effect and that they’ll not include the energy shields depicted on the last image. That would have been super awesome! I do really like the base though. And I hope that further Pokémon releases will also include the battlefield/Pokéball style base… Speaking of further releases, Charizard, Blastoise and Venusaur have also been sneaked! I’m also hoping for Ash (both ‘normal’ and turned to stone), Brock, Misty, Jessie and James. but I would already be satisfied if they’d just do all the 151 Pokémon.

But if you want both Mewtwo and Mew, then you’ll have to hurry because Mew is only included in the first run of Mewtwo as a bonus. And the first run is already sold out almost everywhere! I do know that BigBadToyStore has it on pre-order as well since yesterday. 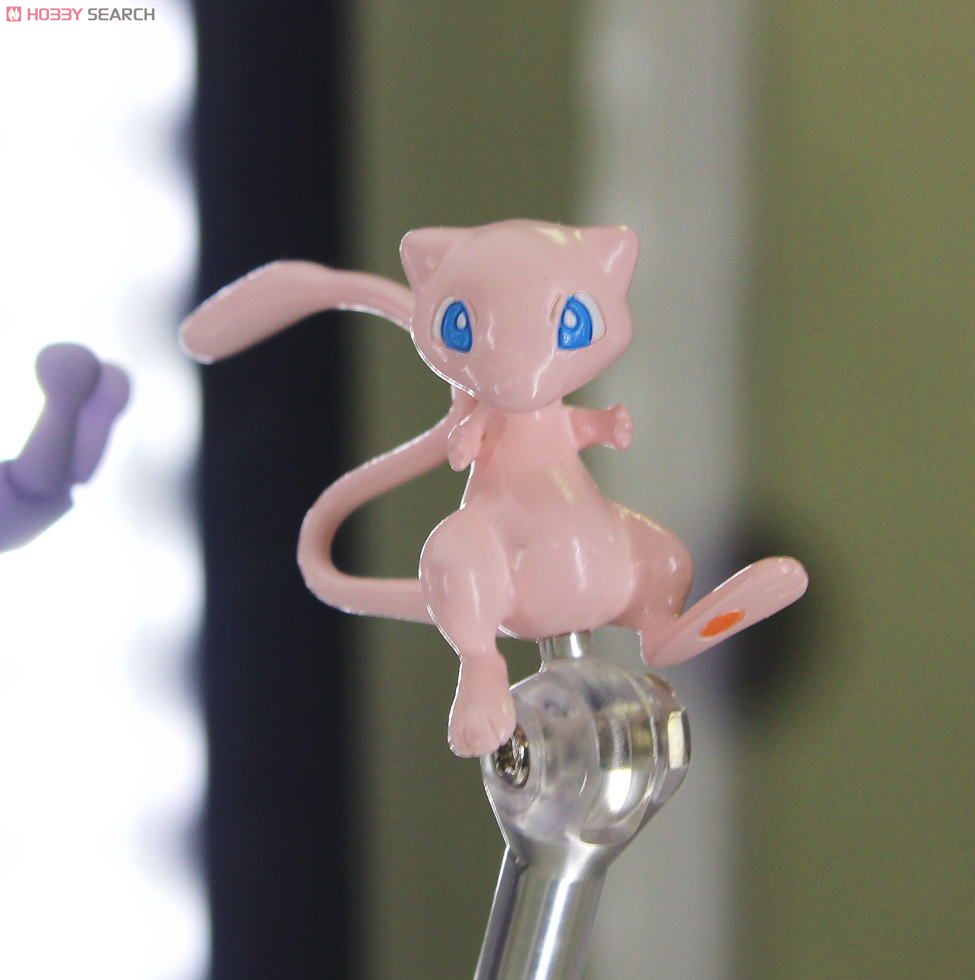