Here’s to simply being happily drunk.

While we only had a teaser image in our last mentioning of this Bishoujo from Kotobukiya, now we finally have almost all the information for you. Like with the last two Tekken Bishoujo releases (Alisa and Asuka), Female Commander Shepard from Mass Effect will also be getting the exclusive treatment.
So yeah, there will be an exclusive variant for sale as well but it will be a BioWare store exclusive… Not that it matters, I like that store. Apart from the fact that you have to pay in full when you order even though it’s a pre-order…

Even though this one isn’t as ‘sexed up’ as most Bishoujo figures, I’m actually starting to like her the longer I’m looking at her. The suit looks good and she doesn’t have a weird stance like the Sideshow Commander Shepard (Male). Which is an extremely good thing. Also the fact that the quality of the Bishoujos we already received, apart from Christie, have been top notch doesn’t hurt the ‘want to buy’ feeling. And yes, we’re going to buy her.

First we have the regular edition which will retail for around $65,- (or ~€65,-) and be available practically everywhere. She’ll have a red/brown-ish hair color and you’ll be able to swap the weapon, a M55 Argus Rifle, to the Omni Blade in her left hand as well. The current release date is slated for March next year but don’t stall on pre-ordering her. Liara has been sold out everywhere and even though this one will know two kind of releases, I see her selling well as well. 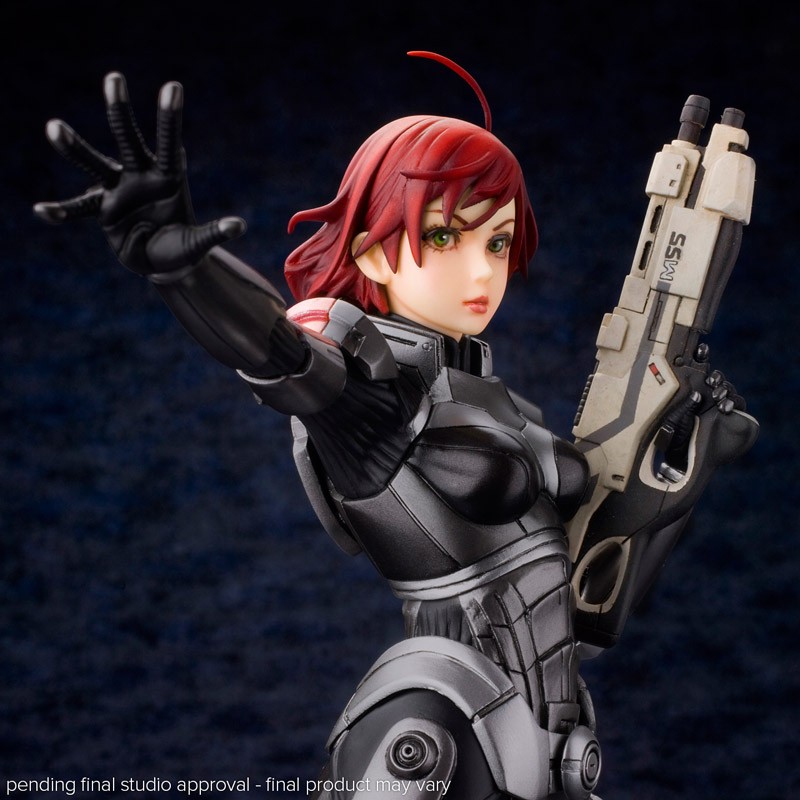 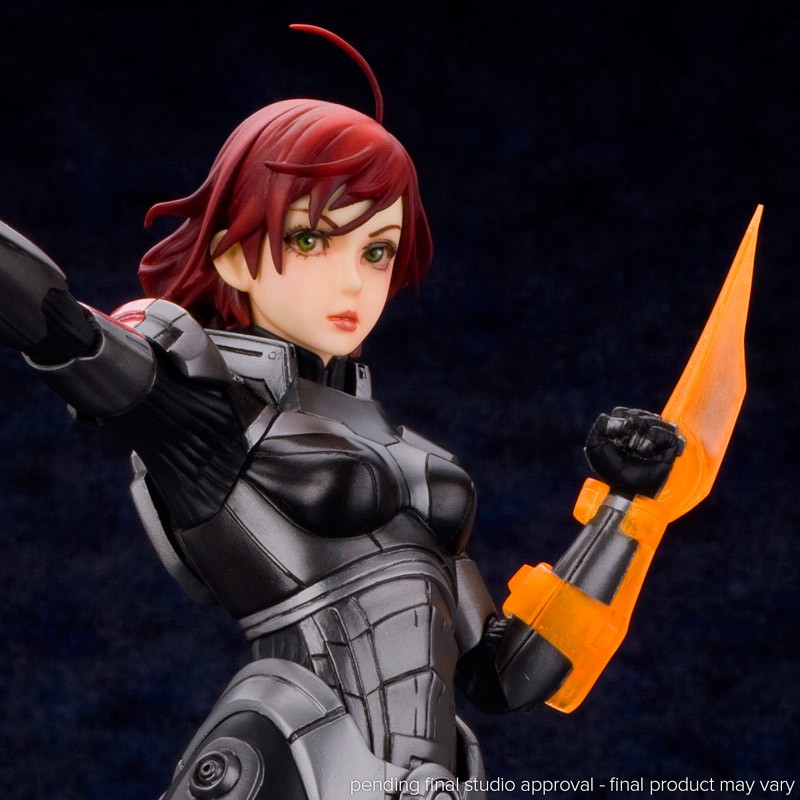 Next we have the BioWare Store exclusive variant. What’s nice is that, even though this is also a color variant, is isn’t just a color variant. She’ll also have a swap-out for her right hand. You can either display her with her  Biotic hand (like the regular) or with a her N7 Eagle Pistol. I don’t know yet if this one can also swap the left hand or not. Still waiting for an official reply from either BioWare or Kotobukiya…
Like I said, this will be a store exclusive which will mean that you’ll only be able to get her there. But, on the bright side, this isn’t one of those store exclusives that will cost you an arm or a kidney or something. The retail price for this one is the same as for the regular version (which is also available on the BioWare store). Neat, isn’t it? If you buy the exclusive they’ll also include a code for a multiplayer bonus item (only for the Xbox 360 and PC games). Not that we play online…
The thing I like the most is the following sentence:

“This exclusive statue will be a stricly limited production and will not exceed 2,500 pieces. The exact edition size will be announced at a later date.”

So, there’ll never be produced more than 2.500 pieces which is fine by me. 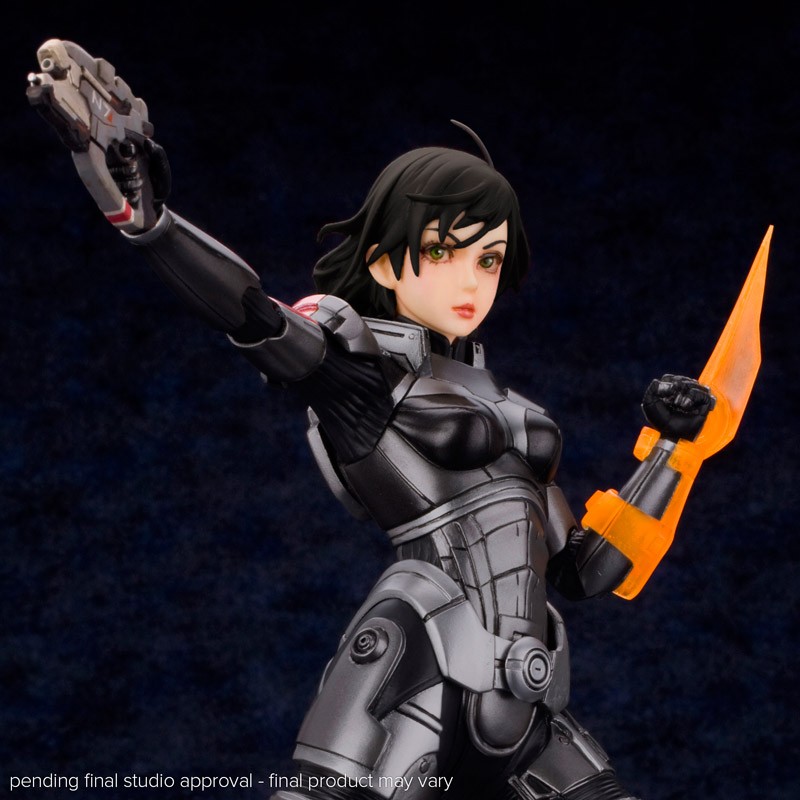 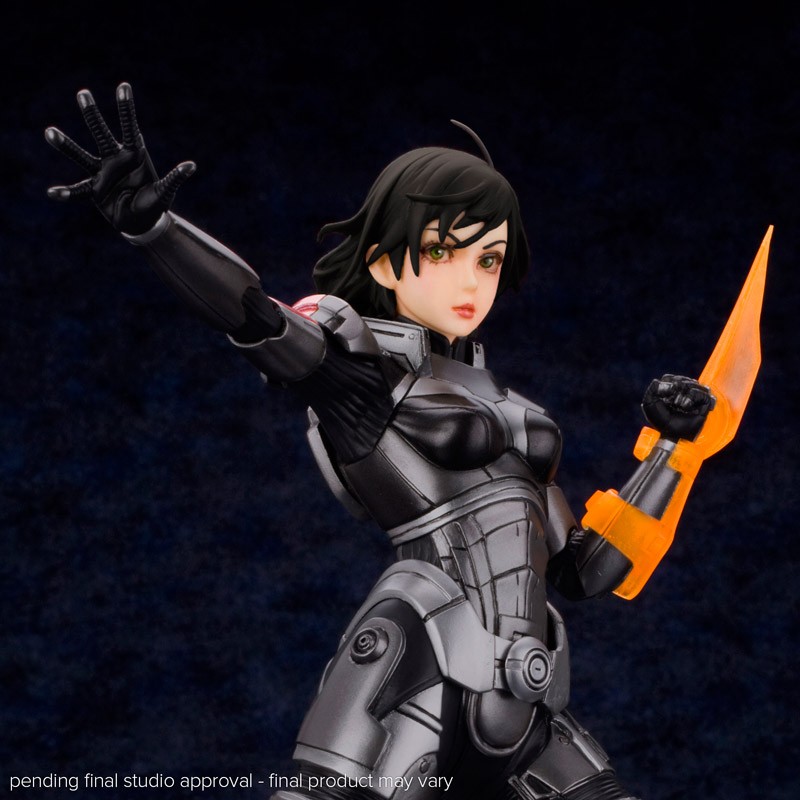 I already know what version I’m getting even if the left hand will appear not swappable, and do you?