I like games, as you well know, and I also like merchandise of games more then any other type of collectible. And when one of my favourite companies releases a new statue for pre-order, it’s quite easy to guess what will happen. Yes, I’ll pre-order it instantly and usually make a post about it as well. So, there you go. You now know the reason of this post.

It quite often happens that we buy stuff from games that we haven’t played (yet). Odd, I know but it’s usually because we really like the art form of said collectible. One of the lines we follow of which we’ve yet to play the game from is the Team Fortress 2 line from Gaming Heads. They’ve already released three of the nine playable characters from the game; Heavy, Soldier and the (incoming) Medic. What’s particularly nice is the fact that they release not only a regular and an exclusive but also two variants; both the RED team and the BLUE team are present. Well, nice… It makes it hard to choose whether to go for one color or mix them about. We’ve chosen for uniformity but I have to admit, if we should have enough money to throw at this, we would have gone for both teams. Would have been awesome, no?

The next in the line is the Sniper. Yeah, the Australian dude that loves to relieve your skull from holding your brains. Here’s some more information (and don’t forget to watch the Meet video below):

In his former life as a tracker of dangerous game in the unforgiving Austrailian outback, the Sniper would spend months by himself. Prolonged isolation taught him a valuable lesson: You don’t have to rely on other people if you never miss. The Sniper’s father does not like his job and calls him “a crazed gunman”. The Sniper’s counter argument is that he is an “assassin” and that “one is a job and the other is a mental sickness”.

Not only will he come with his featured sunglasses, hat and trusted sniper rifle, he’ll also have a quiver on his back that you can actually change to his Razorback. This is a tribal shield with an electric voltage running through it.

When the Sniper has this equipped he is immune to backstabs. Any Spy that tries to stab a Sniper wearing a Razorback will experience 2 seconds of stun where the spy cannot attack or switch weapons. One backstab will destroy the shield until the Sniper respawns.

That is, you’ll have this option when you order the exclusive. The regular doesn’t have this item. That’s what makes it an exclusive. There’s an exclusive and regular available for both the RED as the BLUE Sniper. We’ve ordered the RED one right away. Which side do you choose? 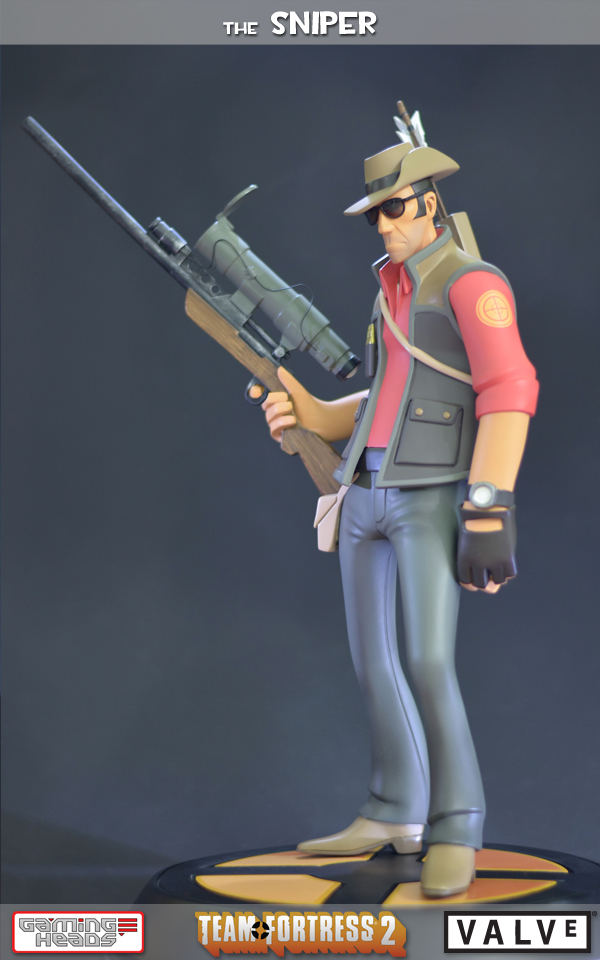 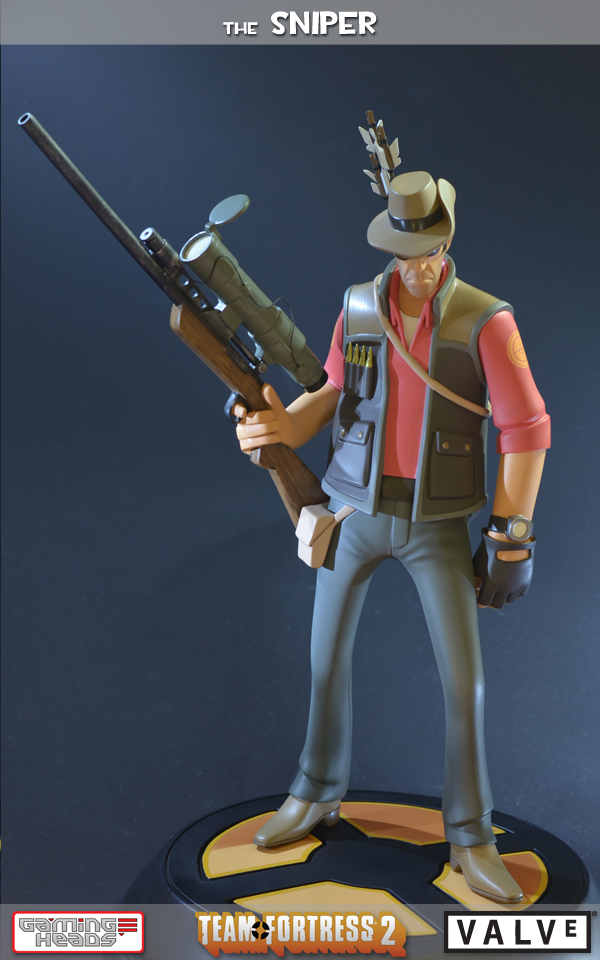 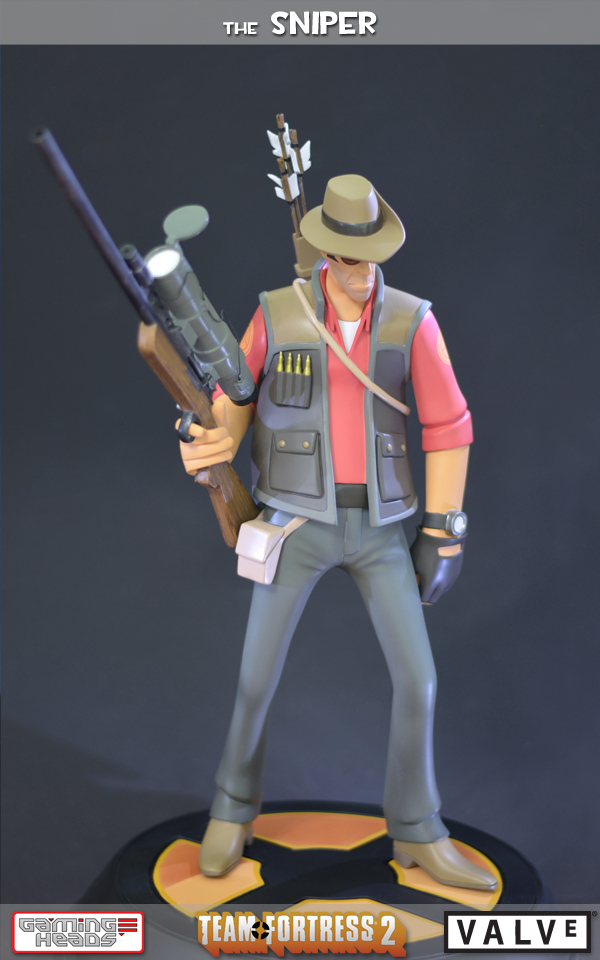 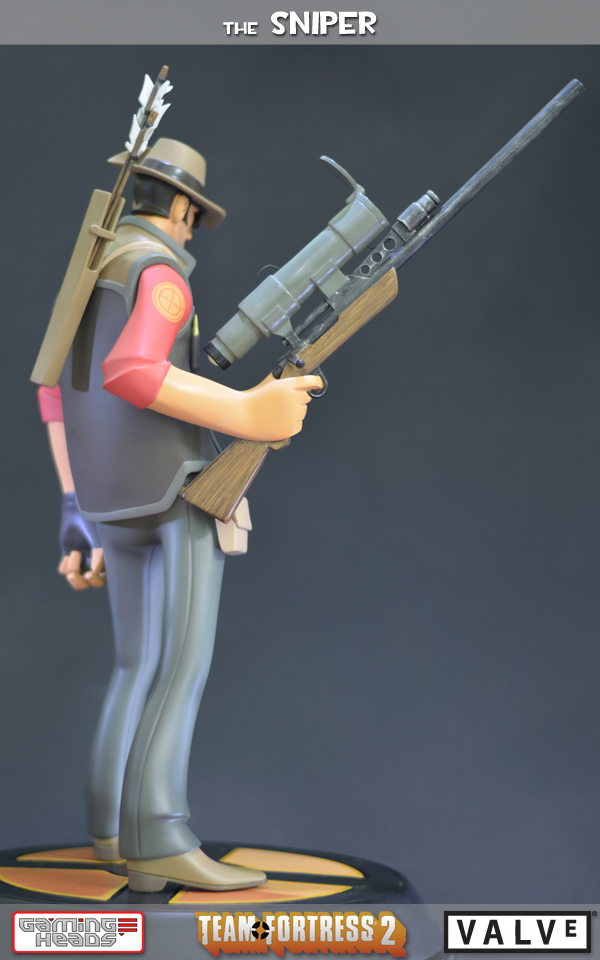 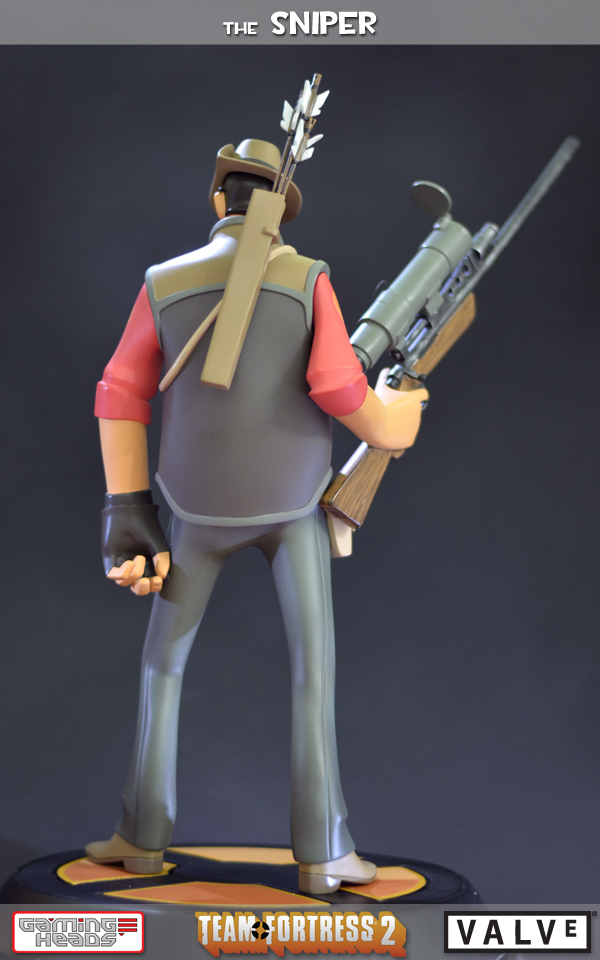 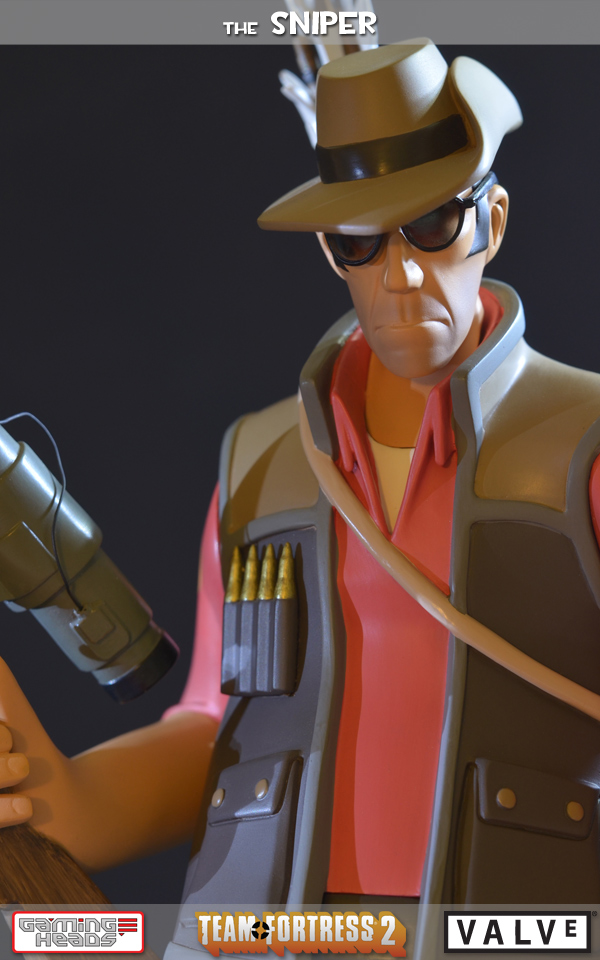 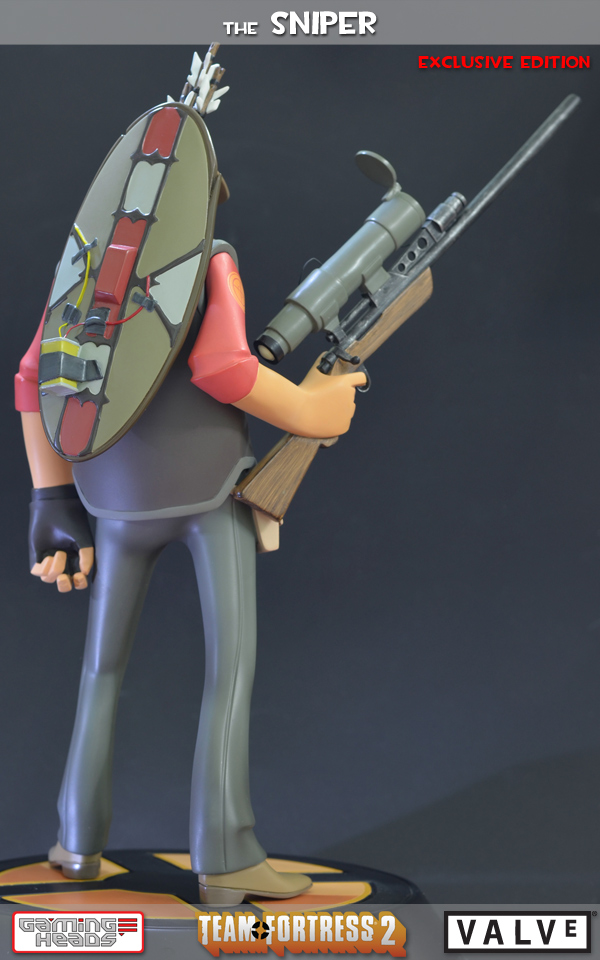 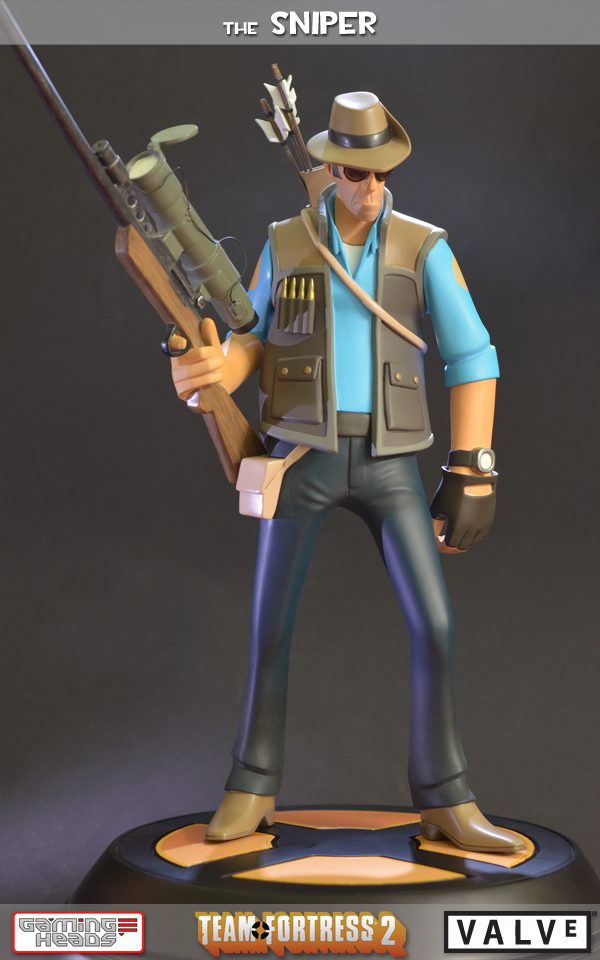 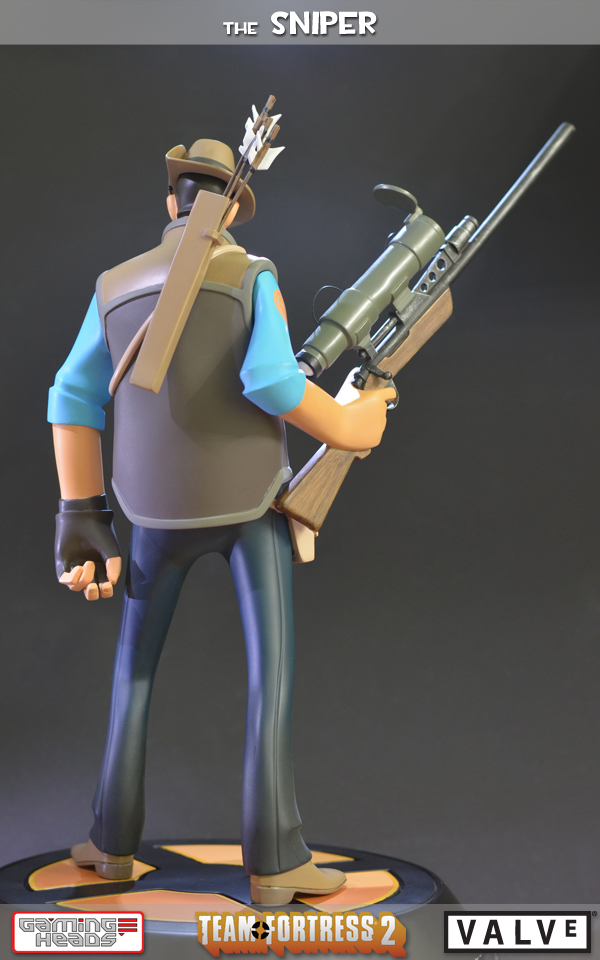 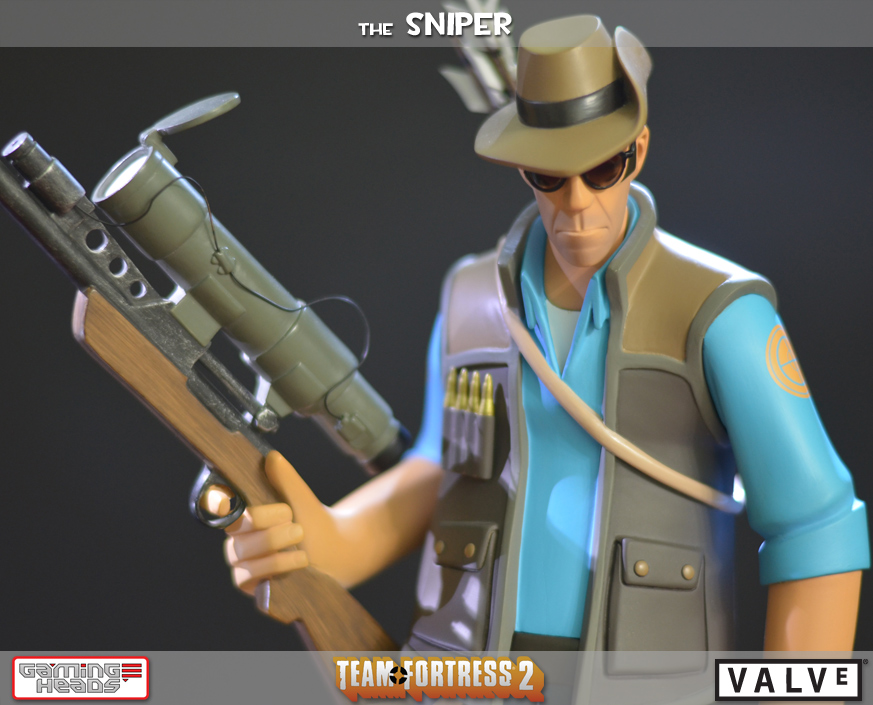 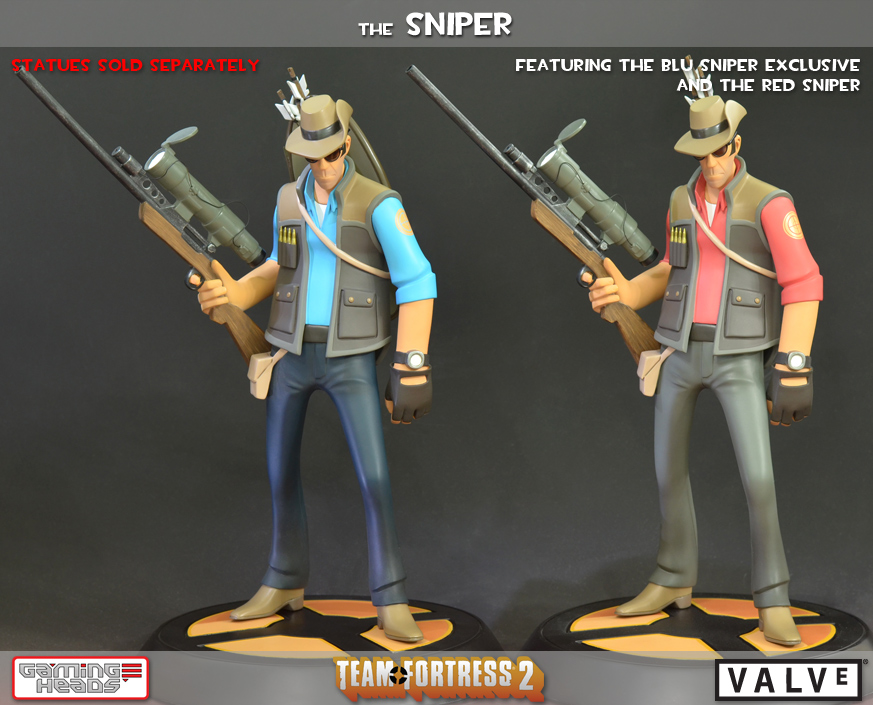