You have a great sense of humor, but maybe it’s because of your face?

I’m finally done with my resits which means; more time for DIMIC! Aren’t we glad. Also means finally a new post, meaning a new review, for you to read. Or to watch the pretty pictures. Either way, whoopee.

I’ve received this figure a while ago together with the Black Magician Girl. Was waiting for her quite a while since they had to wait ’till the last item was in stock before they could ship it. But truth to be told, I’m really happy that we got her even though I still like the Black Magician Girl the most. At least with this one, we were sticking to our games-only merchandise policy since she’s a character from, guess what, a game.

Dizzy was introduced for the first time as the final boss in the fighting game Guilty Gear X and appeared as a playable character in Guilty Gear XX (or X2/Midnight Carnival). As is custom with Japanese fighting games, this ‘girl’ has got quite a wacky background story. Apparently, she’s a half human, half (something called) Gear and only three years old. Yeah, three. And no, I don’t know how they come up with this stuff. And yes, it’s still weird.
Anyhow, because of Gear cells, her body matures at such an alarming rate so that she appears as a girl in her late teens rather than a three year old child. It still stays weird.

This is the first figure we own of Alter for now. Still want the Odin Sphere Mercedes from Alter but this is our first figure from them. They are one of those companies that are famed for their top quality PVC figures. Which coincidentally, is one of the reasons they sell out so fast. And looking at this amazing representation of Dizzy, I can tell you that I understand why their figures are so wanted. The details and the quality are amazing! There are almost no paint misses to be spotted on the entire figure, which is rare on a mass produced figure. Hell, it’s rare even on a limited run figure. You can’t have spotless figures since they always have some paint flaws but this one comes real close. I also love the amount of details on this figure, like the little buttons, and the precision work that they did on capturing her. She is by far the best representation of Dizzy! The Kotobukiya ones (and certainly the gashapons) don’t hold a candle to this one. I also love their choice of artwork to base this figure one. It’s quite daring to present her wings like this instead of actual black and white wings. It’s far better in my humble opinion.

Speaking of the wings, they got names to you know. The black one’s Necro and the white is Undine. They can both do different attacks in the game and they can also ‘possess’ Dizzy when she’s unconscious. Pretty cool but what really amazes me is the weight of these wings! Each wing is considerably heavier than Dizzy herself. To keep her in balance I suspect. Anyhow, they’re real heavy. Also really detailed. One problem though. They don’t fit nicely in Dizzy’s back. You really have to force them in which can be a real pain when you want to put her back into her box for safekeeping. Ah, about the box. It’s quite big and nice. Nothing to special, but nice nonetheless.

I really don’t regret buying her but I do find it sad that she’s such a small scale (18th). Even so, if you’re still on the fence for this figure, don’t hesitate. It’s a nice figure and certainly the best representation of Dizzy that you can find. 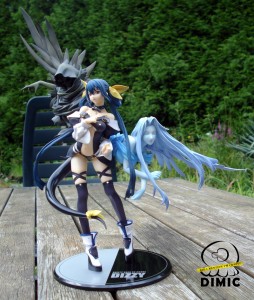 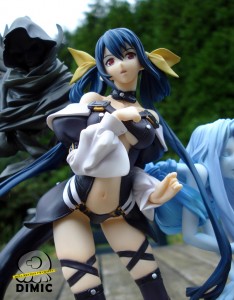 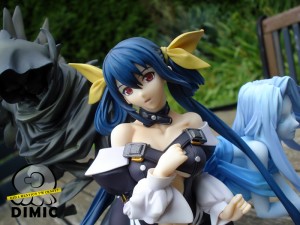 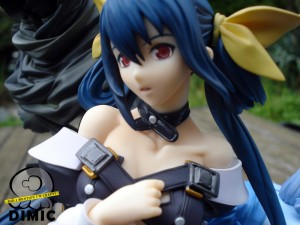 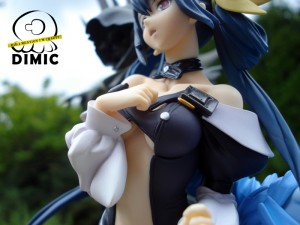 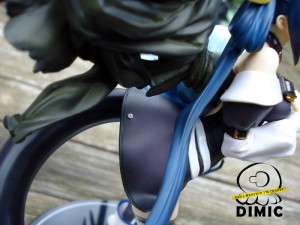 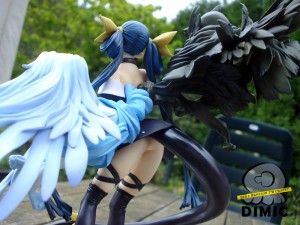 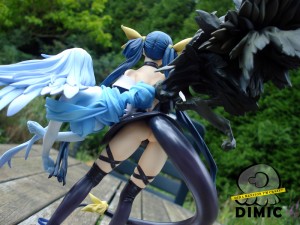 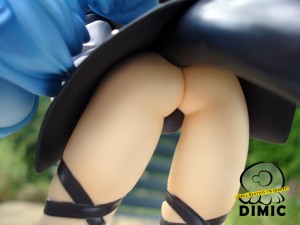 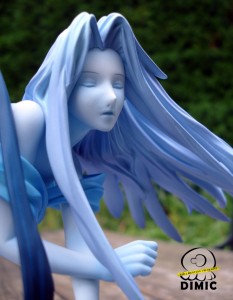 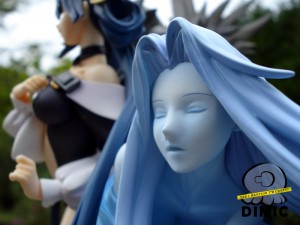 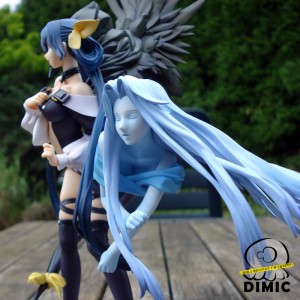 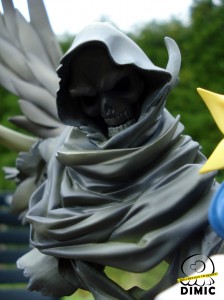 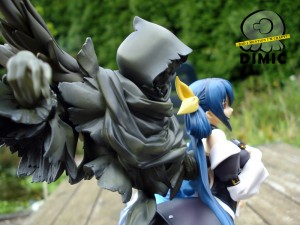 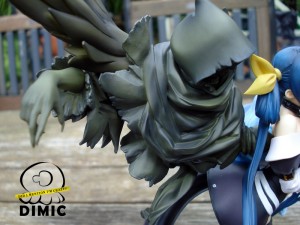 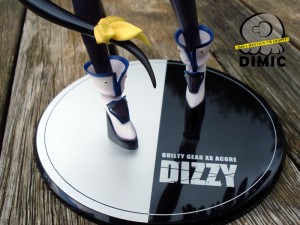 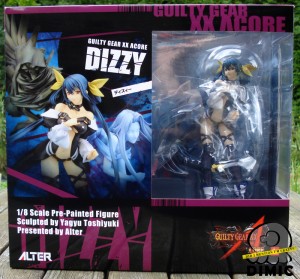 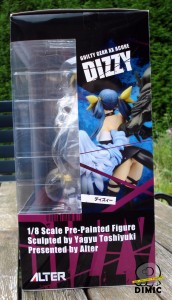 Item reviewed: Guilty Gear Dizzy
Type: PVC
Manufacturer: Alter
Variations: none
Rarity: Because it’s made by Alter, this PVC won’t be long in stock. Already for more than retail in most shops. But there’s apparently a rerun planned. Don’t know for sure though.