One thing that must be hard for game publisher has to be trying to please me. I’m not easily pleased. Games I hardly dislike but special editions! Those are rare to please me… But once in a while, just ever so often, one totally does!

I like Sonic, always have, ever since I saw my brothers play one of the Sonic games on the Megadrive (PAL name for Genesis). Now, a lot of years later, I myself are the proud owner of a few Megadrives and (almost) all the released Sonic games on that platform. I also got some merchandise of this blue hedgehog. But the thing I didn’t have was a good, old-school, Sonic game for the current generation. And wouldn’t it be awesome if the special edition was also worthy of the word ‘special’?

And it totally is! The box itself is already a beauty to behold. As you can see, it isn’t just a plain white box. On the box are shiny circles and lines. Can’t really explain. Just view the first picture. This style has also been applied to the artbook and the discs holder. Although the artbook is a bit small, it’s filled with Sonicy goodness. The music is fun to listen to and the documentary is very interesting. At first, we thought that the documentary was only in French. I was already warming up for sending a complain mail to Sega but then I remembered that VLC (the media player we always use) sometimes acts a little weird with discs, like not showing the main menus. So I opened it with Windows Media Player (*yuck*) and tadaa, it worked! You can chose between French, German, English, and some other languages (already can’t remember it…). It’s really interesting to watch, especially when they talked about the ‘good ol’ days’.

The thing I was most afraid about, since almost no company can get it right, was the PVC figure. But I must say that it’s actually quite good. It doesn’t reach the quality from a +100€ PVC statue, but for an included asset, it looks quite good. No paint flaws as far as I can see and both the PVC and overall quality aren’t that bad either.

But that PVC statue wasn’t the main reason I was excited for this edition. That shiny golden Ring was. And luckily for me, that Ring is very nice, very nice indeed. As you can see on the pictures, Sega actually engraved each Ring that comes with a special edition with it’s own number. We got 4.251 from the 12.000 made (probably counting only the Xbox 360 version).

What I really, really like in this edition is the fact that Sega actually tried to make something else from the game case. The made a special holographic (actually lenticulair) cover which alternates between the classic Sonic and the next-gen one. It looks really nice.

Conclusion
If you manage to get your hands on this edition (in case you haven’t already), really, just buy it! It’s one of the nicest special editions I’ve seen lately and it’s already one of my favorites. I did say IF because they are already sold out almost everywhere. Anyhow, you won’t regret it! (And I heard the game is pretty good as well…) 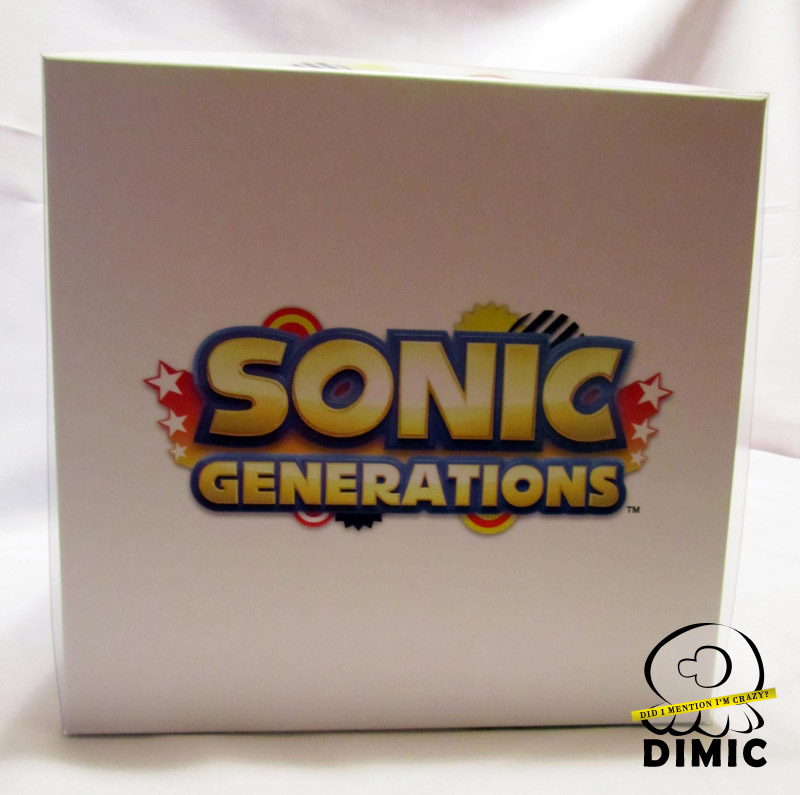