May the stars shine down on you…

I loved the first Super Mario Galaxy on the Wii. Finished it and loved it all the way! Apart from one really annoying boss fight…
Haven’t bought the second one yet, but it’s on my To-Buy-List. And of course, I love merchandise. Especially, Nintendo merchandise.

It’s been some years since Yujin released these (phone) danglers but I got them since the release in 2008. These danglers come in Gasha-balls (much like the gashapons) and normally you get a few doubles while trying to fish out an entire set. We got lucky, only because we knew the owner of the shop we bought them from, because we got to buy the entire set in one shot. I just love prying into non-transparent balls trying to figure out which one is in there…

Currently, I got several items from this amazing game but these remain my favorites. That is, until I get my hands on that awesome Luma plush.
They are pretty and for being so small, real nicely done. Few paint misses, nothing major, and pretty sturdy as well. I got the Bee Mario with Brown Luma (= star) and have it attached to my USB stick. So far he lost: one antenna, his head (glued that one back with super glue) and his two wings. If I didn’t lost those, I’d glued them right back on but alas…

As you can see on the pictures, Yujin made six of these danglers:

Conclusion
My personal favorites are 2, 3 and 5. I really love that transparent look of that Ice Mario! And that Bee one is so cute (hence the reason I bought two of them). And Boo’s (the Ghosts in the Mario games) just plain ROCK! Of course, the others are nice too and they make a nice set together.
So, if you like or love Super Mario Galaxy, try to get these. I love them! 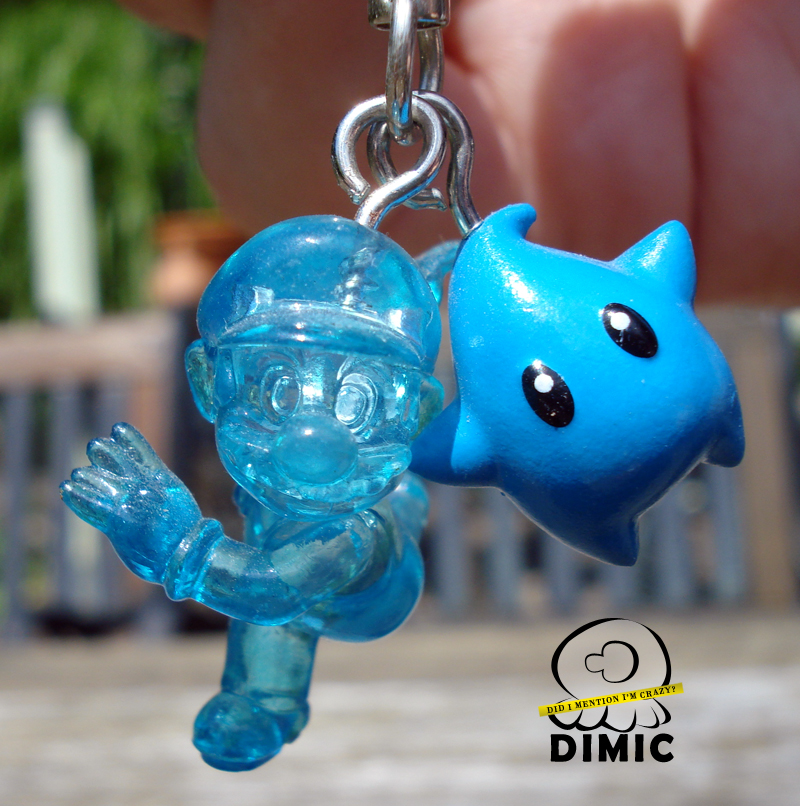