If you’ve ever read my profile page or my previous Land ahoy! post, you might know that I like the Anno game series. I like them very, very much. And I love this special edition!

I know that I’m a very hard girl to please, especially when it comes to special editions. Be it for games or statues, I’m just not easily satisfied. I always like getting more and I questioned decisions made by developers, designers, or whoever, many,  many times. Like, why an unrippable soundtrack? I love putting soundtracks on my Ipod to listen to when I’m on my way to school. If I keep listening to your tracks, you’re good.
Or what about a digital artbook? Now, if that doesn’t leave a nasty taste in your mouth… Is it so hard to print it and make a nice booklet of it? And I don’t want just some renders! I want art, real art, as well. And don’t try to convince me that you don’t have real art. All games have had some sort of real art. Yes, digital art (like speedpaints or just digital paints) is considered real art as well. So, where is it? I love browsing through a nice artbook, sitting in my couch and sipping my tea.
And what of extra, usually useless, goodies? I love useless goodies! I mean, who doesn’t? Well, I’m so glad to say that I finally found a special edition that did satisfy me!

This edition comes packed in something you don’t see often; a real wooden treasure chest! It looks so wonderful. I want to take it with me everywhere I go. But then, I’d probably damage it… Wouldn’t want that. Inside is a sticker that says which of the 30 000 you’ve got. I got 22 486. I’d love to get the first, last or 15 000. But that’s not going to happen. That makes me sad.

Now, on to the goodies! What you also don’t see often are two of the most original goodies I’ve ever seen included with a game. Namely, a working (!) compass and a bag of almond seeds. Yeah, real almond seeds. They even come with a how-to-grow description. Soak in water and plant. Water a lot but don’t water too much after that. Doesn’t sound that hard… Neh, I like them too much. Better keep them safe in their little cotton bag. They’re so cute.
The compass is a real work of art as well. It’s just so pretty. And I love the fact that it works. I got a non working, plastic piece of crap as a pre-order bonus with the Farcry 2 special edition. This one blows that plastic thing straight out of the water and into the sky. And not only because this one works but also because it’s so nicely made. It’s also in a little wooden box and the inside is plated with the same metal like thingies as the nameplates on top are made of. The metal is also nicely engraved. It really is so pretty.

There’s also a lovely hardcover artbook included filled to the brim with sketches and paints of units, ships, portraits and buildings. I snapped some pictures, from 15-19 in the gallery below. Wish I could draw and paint like that. Hopefully, I successfully completed my resits and I can practice on my own pace without having to worry about being not good enough to pass 😀
They also included a wonderful poster. It’s a weird size, bit bigger than an A4 but smaller than an A3. More like three A4’s next to each other. Also included it on the pictures.

The last item in the box, next to the game itself in a standard DVD case, is a bonus DVD. On that DVD are a lot of extra’s that are quite interesting. It has the entire soundtrack that you can rip as well. And a wonderful art gallery with pictures you can easily safe on your computer. What I really, really like on this bonus disc are the developer diaries. It contains a lot of interesting things about multithreading, water stimulations, post effects, and more. At least, it’s interesting for me. Most will probably not even know what the hell they’re talking about. But that’s okay. They thought about me.
There are also a lot, and I mean a lot, of game renderings on it from practically every, if not all, buildings in the game. And also some nice videos with some tutorials as well. Nice to watch.

If you haven’t guessed yet, I really love this edition. I’m just hoping they won’t let this girl down with the new game release of Anno 2070. Would love to have a similar edition but a metal chest with an oil vial and another bag of seeds. You know, something like that.

Conclusion
This is a great edition for a great game! I just love everything about it! It got so much going on; a wooden box, real seeds, a working compass, a very nice artbook and some real nice digital content. Yeah, that digital content could have been included for real… And the DVD case is just a plain one… But, I got nothing to complain. Overall, this is still my all time favorite special edition! 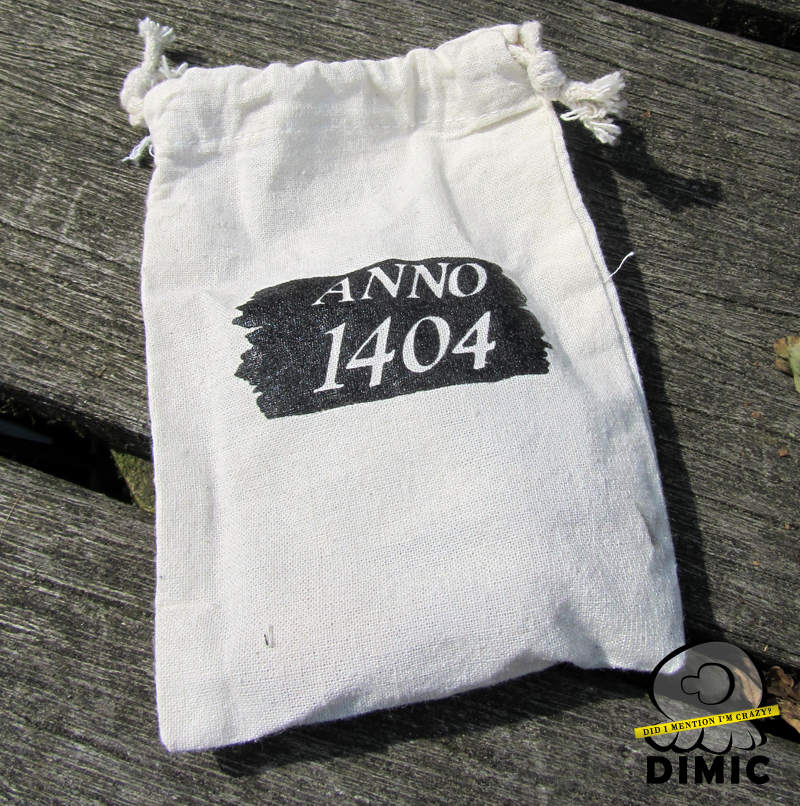