Darkness calls to darkness. It calls to you.

It used to be that way that Ingis and I didn’t collect anything not game related. We did look at other kinds of statues and such, but we agreed on not deviating from the plan. I liked the Disney premium formats a lot and Ingis drooled over a green Marvel chick and a red one from Star Wars. When we finally agreed that we would buy other kind of statues (but to stick with the premium format ones), we jumped on the wait-list for the She-Hulk, ordered the Maleficent and hunted down both Evil Queen and Darth Talon! All exclusives. Of course.

Neither Ingis nor I knew who Darth Talon was. We still don’t know really. All we know is that she’s from the Legacy comic book series and that she’s a Twi’lek Sith Lord. Oh, and that she’s damn sexy!

I included a small part from the Wookiepedia. Not that made me know her better, but it’s a nice filler up. Oh, and they mean her head tail thingies when they mention lekku. A Twi’lek’s brain-tails served many purposes in their daily lives and culture, storing fat and being used as erogenous zones. Heh, it did made me know her better and I learned something new today.

Darth Talon was a female Lethan Twi’lek Sith Lady in Darth Krayt’s One Sith as of 137 ABY. Talon was styled with black Sith tattoos covering her body, head, and lekku; each having been earned in ritual combat and inscribed by Krayt himself. As a Sith apprentice, she was trained by a fellow Twi’lek Sith Lord named Darth Ruyn, whom she later killed on Krayt’s command with a swift decapitating strike of her lightsaber, shortly before ascending to the rank of full fledged Sith Lord herself.

Recognizing her unshakable loyalty, Krayt had Talon become one of his two Hands, extensions of his own will. In this capacity, Talon found herself working alongside the other of Krayt’s Hands, Darth Nihl. Talon was often tasked with her master’s most important missions; including the capture of Cade Skywalker. Indeed, for a short time, Talon acted as the Sith Master of Skywalker, however, he soon renounced the Sith, injuring Talon in the process; though she survived, her position in the eyes of her master was severely undermined.

I didn’t really care for this piece since I didn’t/don’t know her but looking back, I’m glad Ingis talked me into it. I really, really like her now. She’s still one of the sexiest pieces Sideshow ever produced. Both the sculpt as the paint are really nicely done. She looks a bit sulking, naughty, arrogant and dangerous, all in one. The colors are very vibrant and the details from her tattoos are amazingly well done. The lines are so crisp and clean. Also, I really like her light saber and did I mention already that it lights up? I didn’t, did I?
Well, it does light up but sadly not that good. It doesn’t really light up that much since it’s just a single little diode on the hilt that lights it. Because of this it isn’t like the entire light saber lights up and it definitely doesn’t light up like on the box  which is just photoshopped. But still, in complete dark, it looks cool. The on/off button is nicely integrated as well as you can see on the 15th picture. Yeah, the sticker is removable but since we like to keep everything as intact as possible…

The exclusive part of this statue is sadly only a flimsy cape that you could make yourself within ten minutes. Or fifteen if you’ve got two left hands. It’s made of very thin material and while it does look good, it leaves a bit of a bitter flavor that this bit of extra is enough for them to call it an exclusive. It does however add a little more mixed media to this statue since the only thing made of cloth are her panties and those stripes of cloth hanging from them. Those straps do have wires so they are slightly poseable which is a nice feature. Of course, Talon doesn’t really has any extra clothing so they had to do something right? About that cloak. I find it weird that they didn’t make the hood big enough to pose it over her head. It is big but you can’t get it past her brain-tails which is a shame.

Next to this version and one without a cloak (the regular one I mean), there’s another version known. I’m talking about the one of a kind, color variant that Sideshow put on Ebay as part of their ‘Collect for Life’ auctions. They auctioned a bunch of rare product variants and artists proofs (one was a AP Doctor Doom PF!) to support the Make-A-Wish foundation. Doom is currently on the lead with 5.741 USD with the Talon a close second with 4.750 USD. The third is nowhere near them with its price being below the thousand…
I included three pictures of this rare Talon at the end of my bunch.

Not only is this piece hard to find and currently going for almost the double of the initial retail price, due to the sneaked picture of Aayla Secura (also a PF) she’ll be even harder to find and more expensive in the near future. I mean, she was wildly sought after when we bought her second hand and the next release will only increase the hunt. Of course, this is all speculation. Good luck if you don’t have her and looking to add her to your collection. I’m just glad that we were able to buy her for almost the retail price. Mhuahaha.

This is still one of our favorite pieces. She’s just so darn sexy and lethal at the same time. But I must warn you if you want to add her to your collection. She’s already going for more than the retail price (which was 289.99 USD) if you can find her that is. Next to that really rare color variant, there are two Talon’s on Ebay. Both are the regulars and both are expensive. Even though the exclusive only includes that flimsy cape, it adds a little something. Besides, it’s still an exclusive. 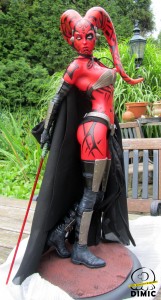 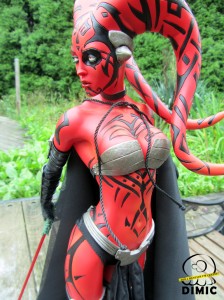 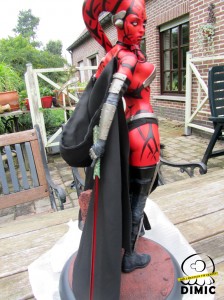 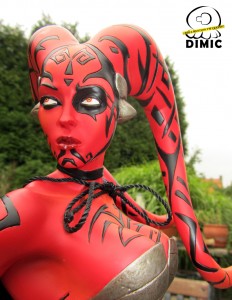 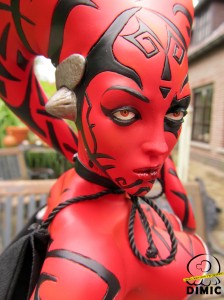 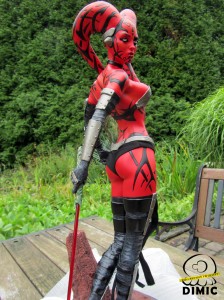 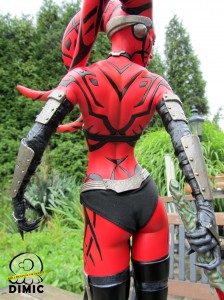 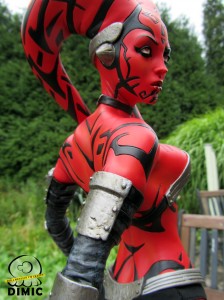 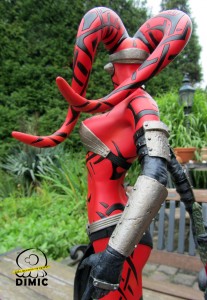 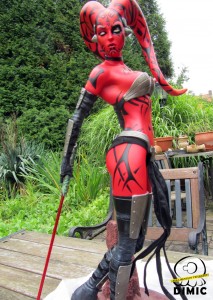 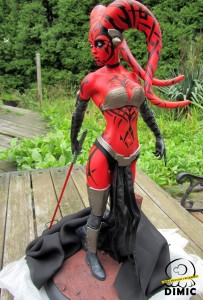 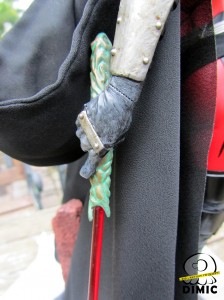 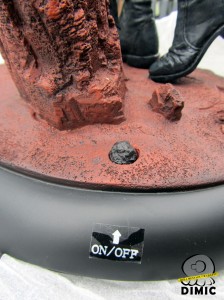 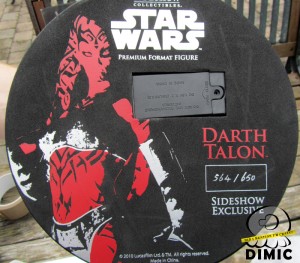 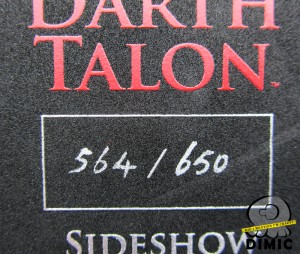 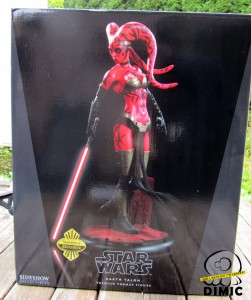 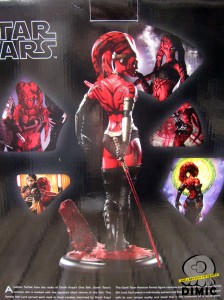 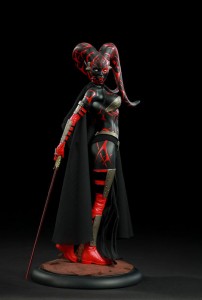 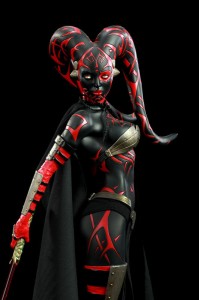 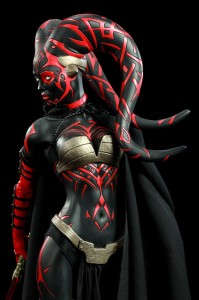