Become my ‘soul reaver’ – my angel of death.

I always wanted some merchandise from Legacy of Kain: Soul Reaver but never found something that pleased me.

All I found were action figures and if you’ve read my profile page here on DIMIC, you should have known that I usually despise action figures thus, I never bought them.
Then, one day at a vintage toy/collectible shop, this beauty was standing on the counter and I just couldn’t resist! And lucky me, it only was 40euro (~ 58 USD).

The Legacy of Kain series was always one of those games that really got my eye when I was a little girl but sadly, I never owned any of the games myself. Now I do and I just love them. I’ve always loved the designs and the characters so when I saw this Raziel statue, I was in love. And with a good reason! (read below)

The statue is made by Studio Oxmox (look in Prototypes : small, got to love those I-frames <_< ) in order of Eidos Interactive, Germany. I’m still hunting for more information but what I found so far tells me that this is one extremely rare statue. Apparently, it was made for employers of Eidos when Soul Reaver hit the market. So that’s about twelve years ago…
I only ever saw one other on the web and that was on The Lost Worlds, but now about a year later, I’ve found some other websites with pictures and even an Ebay auction. On one of the website they stated that only eighty-five statues were made, on another 500… Don’t know what’s true…

Now, let me tell you why this is one of my favorite statues.

First off, the details on this thing are amazing! Just look at that muscle play on his legs, the iron studs and rings on his boot thingies, the engraved swirls on the spear end, and all those other lovely details. This is one of my most detailed statues I’ve got! This kind of detail is pretty rare and it’s more surprising it’s this detailed because it was never meant to be sold in shops.

Secondly, I just love his pose. He has got this action-packed, Come here if you dare, bad boy look and I’m just a sucker for that. He’s also a nice format; about 30cm high, 21 wide and 13 deep (~ 12, 8 and 5inch). I suspect he’s hollow because it’s a lightweight statue.

Third, I wouldn’t be surprised if this statue is actually one of the first mixed media statues ever made! It’s mixed media because his speer (handle and tip) are actually made of real wood! How cool is that?!

Alas, with great awesomeness comes great sadness as well. He’s also very fragile, mine was already broken before I got him: a tip from one of his wings is missing, a small tip of the spear and the wood is a tad splintered. Luckily, all minor damages, almost unnoticeable. But you know, you know…
Also, the box I got is pretty beat up which is a shame but seeing as I won’t display it inside the box, it isn’t really that big a deal. And besides, I still have it, including the Styrofoam, for safe keeping.

Conclusion
Overall, this is one awesome statue. The details, pose and the color scheme really sell this figure.
This is one of the greatest Oxmox statues I have and still one that I could never sell. If I do someday, then that means that all my love for collecting, statues, etc. is gone. That thought alone makes me sad… Going to eat a chocolate chip cookie now…

View the coolest pictures ever: 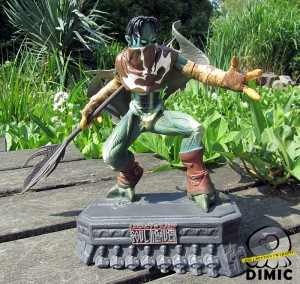 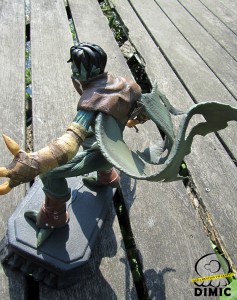 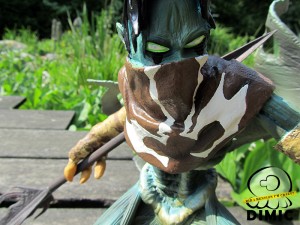 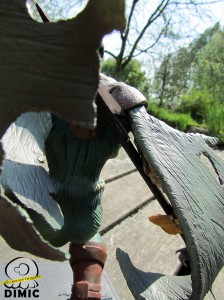 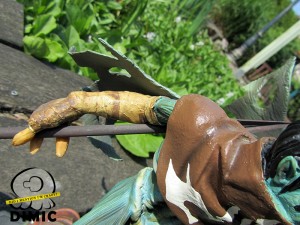 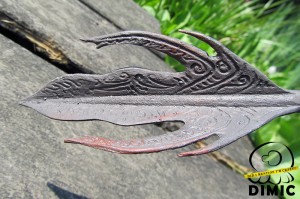 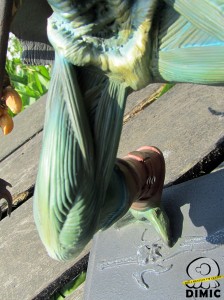 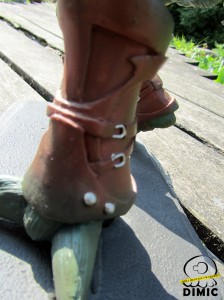 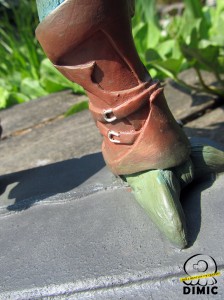 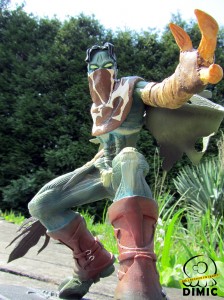 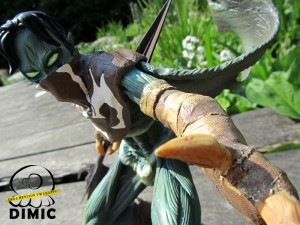 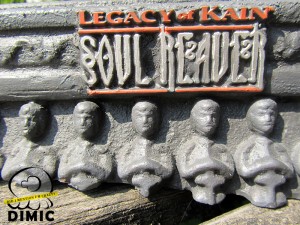 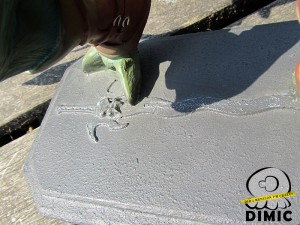 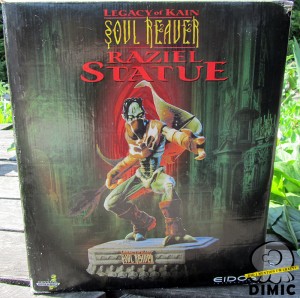